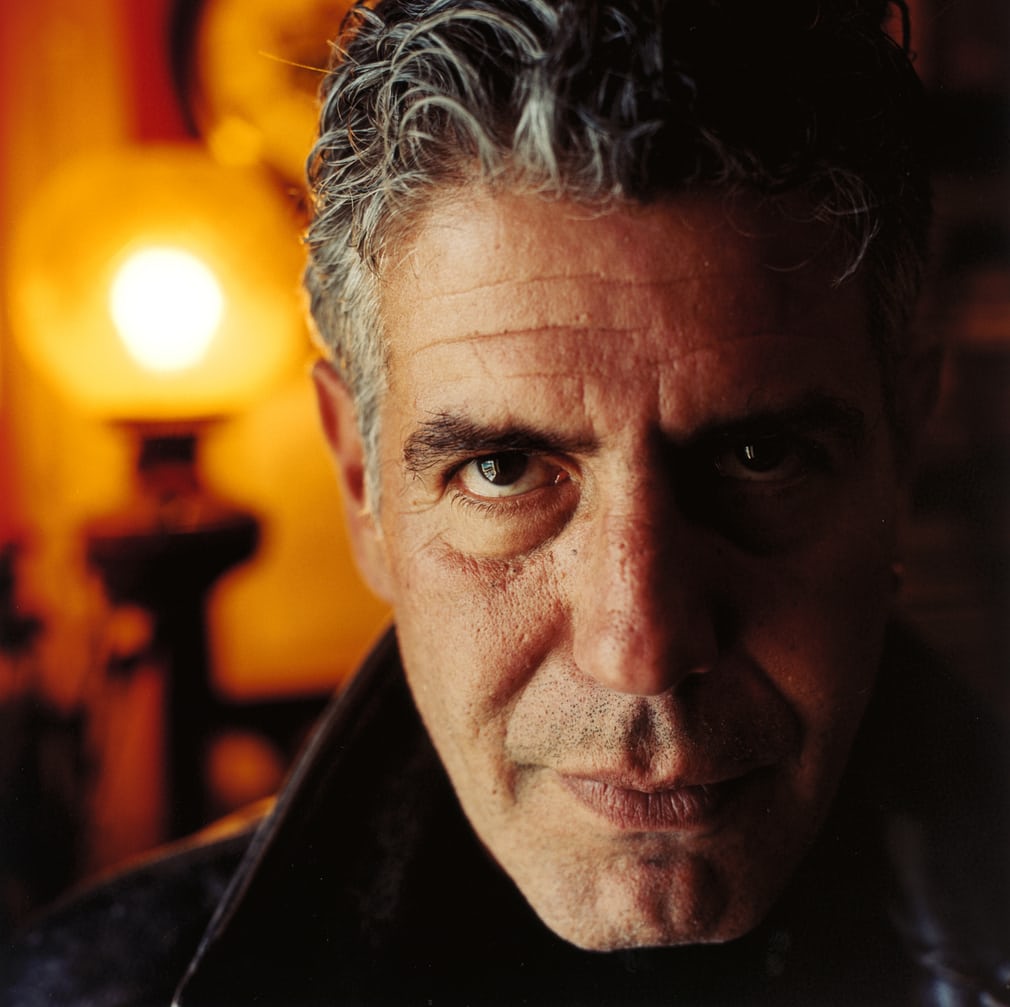 On June 8th 2018 I checked my CNN alert notification early in the morning to read Anthony Bourdain had committed suicide during his filming of season 11 for Parts Unknown. After a deep session of crying in my shower I realized that strangely enough I completed this article last week and was planning to carry out a food tour in the Bronx based on his episode. There are no words to describe this loss. His story telling brought together people from all creeds, political backgrounds, and personalities to help understand each other a little bit more. Tony is exactly what the world needed now more than ever. His death saddens me but what I find even more painful is that he felt this was his only option. He empowered the voiceless (Jumping head first to encourage men to support #MeToo as just one example) and I just wish some of us could have returned the favor and given him the support he may have needed.

If you’re in New York and would like to join our food tour in his honor please follow @mindthismagazine on Instagram and join the Cool Cats of New York group to get details. Get ready for new friends, new food, and a lot of tears. I can not think of any better way to honor him by bringing together people from all walks of life to experience a place many often ignore.

He inspired William and I to create Mindthis Magazine and we can not thank him enough. There will never be another Tony.

I have left the below article unchanged.

Anthony Bourdain’s advice for anyone trying to be someone: Don’t give a fuck.

Whenever I am asked who’s my inspiration or hero or role model, often people assume I would generically provide some wishy washy “Mandela or Gandhi” answer. The truth is my role model is an old guy from New York that eats a lot and talks even more.

Anthony Bourdain is my role model and should be yours as well. My love for Bourdain has little to do with his angry rants against the food network or even his infamous Kitchens Confidential book that launch him into fame, nope, it’s his I don’t give a shit attitude, his acceptance of any effort that we may expel will most likely be a complete failure. The mindset that lead him to produce world class shows, global communities, and industry shattering books.

Far from being negative or sadistic, Bourdain on the last three occasions (I swear I am not a stalker) I have heard him talk in New York has given doses of life advice that makes you laugh as hard as you contemplate about your existence.

“I did not give a fuck” – Embrace failure as a fact not an option.

At the World Business Forum for Ideas, Bourdain gave a 40 min speech that intervened his failures, successes, and lessons reality forced him to accept. He explained how at age 44 he decided to write an article on the culture of the cooking industry, expecting it to be a good laugh with his dishwasher friends and maybe his mom. Eventually the paper that promised to published kept delaying it, so in what was to be classic Tony’ he shouts to himself “Fuck it” and mails it to the New Yorker.

“I am recognize how lucky I am”

At the New York Times Talk series, Bourdain was promoting his new media project covering food security in “WASTED! The Story of Food Waste”. Almost all of his answers kept coming back to recognizing his luck, and how he is now able to push his fan base to new frontiers about food security. Bourdain is humble almost to a point of apologetic which enables him to escape the lazy douchbag label as he vehemently berates everything wrong in today’s youth food culture. At this talk he kept hammering a phrase that cling on to the back of mind: “Just make the opportunity work”. Post book success a TV network came at him with a show deal, he was at first scared, utterly confused and lost to “what he would even talk about?” on a show. He eventually reassured himself and insisted the show would be on his terms and the network eventually yielded.

His first show was notably bad. Writing a book does not translate into speaking well on TV as he was often lost for words as he stared into the black abyss of a camera. He regrouped and studied every aspect of who he is, his message, and tapped into ultimately his signature honest self. Over the years he has built a award winning production team that has enabled him to develop a distinct visual theme that you know is his trademark. I found this  journey from starting out as a lost man stuttering on his first episode to becoming a world class producer of shows to be inspiring. Remember he was well midway through his life at this point, yet he leveraged his “I don’t give a fuck” attitude towards failure to build, shape, and deliver a new him to the world and himself. He did not suppress his fear but embraced it as a driver “Oh fuck, what am I doing? I need to to study. Fuck I have to get this right”. The nuance between not giving a dam if you fail but doing your dam best to ensure you don’t is vital for our generation to internalize.

The final lesson I tried to absorb was his mantra “think long term”. There was a moment during no reservations he covered a BBQ, and the ratings were through the roof. To a point his network passionately pitched a BBQ only show charting the revenues to be had and the new fanbase to engage. In classic Bourdain fashion, he said fuck no. He understood how much more money he could almost instantly generate but he kept waking up saying “I don’t want to be the BBQ guy, it’s just not me” Not only did he reject the show pitch but also did his best to avoid covering BBQ moments. “I mean what’s next? I do the BBQ show then I become sponsored by pepdobismal? Become the stop shitting in your pants guy? Fuck that” The crowd can’t stop laughing as he acts out a potential ad he would be forced to do. As young professionals, we’re not in a thriving economy for our careers and often we need to just take whatever comes our way to survive. However, if you have the privilege to be able to say no or can afford to think long term in your career – the benefits will be unlimited.

Tony often concludes his talks with a variation of reminding us at 44 he had no right to think he would amount to anything remarkable. Yet he did. Failure after failure with a side order of failure. Yet here is in, at the top in his game, working with people he loves, pushing new frontiers in journalism and now hopefully inspiring you to not give a fuck about failing.

As I finished writing the first draft of this article at Davicon’s new brooklyn joint a friend joins in asking if I was reading Tony’s manuscript.

Me: No. I am writing an article on him.

Friend: I was just thinking how the hell did you get that connection? Like wow he’s working for them?

Me: No no I am just writing about him. Having that connection would be impossible.

or I suppose using Tony’s advice perhaps one day I would be sitting down with him – pitching a new show for a new era expanding his reach to billions. There is truly so much potential in the style of journalism and raw storytelling he brings to the table. Yes Tony, I remember your words….Don’t give a fuck. Let’s see if I can find a way to work with you.

Suicide is a growing problem in the United States. The US Centers for Disease Control and Prevention published a survey Thursday showing suicide rates increased by 25% across the United States over nearly two decades ending in 2016. Twenty-five states experienced a rise in suicides by more than 30%, the government report finds.

Some of Anthony Bourdain’s work

His thoughts on New York city

“Maybe that’s enlightenment enough: to know that there is no final resting place of the mind; no moment of smug clarity. Perhaps wisdom…is realizing how small I am, and unwise, and how far I have yet to go.”

CNN mourns the loss of Anthony Bourdain. If you or someone you know needs help, please call the National Suicide Prevention hotline at 1-800-273-8255.