Can marijuana be a painkiller? 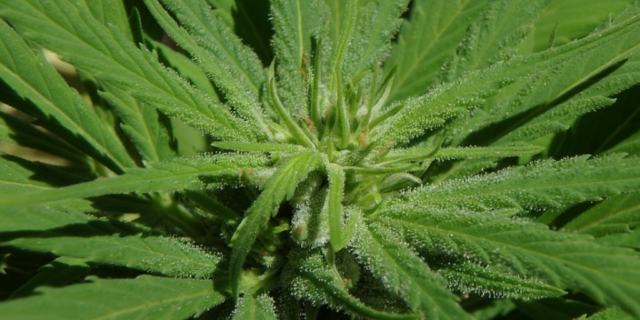 As a part-time educator, one of my job requirements is to teach basic life support at the first responder level as per the curriculum offered by the Heart and Stroke Foundation and the Red Cross. One of the many various reasons why cardiopulmonary resuscitation (CPR) is performed on a person may be due to a drug (any kind of narcotic) overdose that can cause cardiac arrest and other related arrhythmias. In the case of strong narcotics such as opiates and opioids, overdosing can first lead a person to stop breathing altogether which then subsequently leads to cardiac arrest and hence the need to do CPR. Opiates occur in their natural form derived from the opium poppy plant like the psychoactive components opium, morphine, codeine (found in Tylenol 3), heroin, and thebaine. Opioids are not natural; they are synthetic or partly-synthetic with morphine-like effects but are often pharmaceutical drugs with lab origins such as methadone, percocets, oxycodone (trade name Oxycontin), and fentanyl. I need to constantly remind the public every time I teach first aid that CPR is not only limited to elderly patients with heart conditions. Increasingly, CPR is being performed by EMS personnel on younger patients in the wake of the fentanyl and opioid crisis causing overdoses that is spreading across North America.

Opioids are often prescribed as painkillers to help patients manage chronic pain that can be caused due to a variety of issues such as cancer, fibromyalgia, surgical or accident related complications, degenerative musculoskeletal diseases and neuropathic issues. While opioids and opiates have the function of reducing pain act by attaching to opioid receptors – which are found in the brain, spinal cord, gastrointestinal tract, and other organs in the body – they also have the potential to be highly addictive. In addition to pain reduction, people may develop a euphoric response to opioid medications, since these drugs also affect the brain regions involved in the reward system. The flooding of a person’s body with dopamine as a part of the reward system allows them to feel relaxed and elated, feelings and responses that addicts seek when consuming opiates and opioids. Opioid receptors are also found in regions of the body that regulate heart rate and respiration, and in the event of an overdose, heart rate and respiration are reduced to the point of being stopped altogether leading to possible death and the need for CPR.

The power of opiate addiction has been demonstrated in both history and current affairs, where opium and heroin have been used to fight wars: from the Opium Wars in the Anglo-Chinese disputes over British trade routes resulting in Hong Kong’s history as a British colony, opium production post 9/11 in Afghanistan accounting for 90% of the world’s heroin supply in the illicit drug market alone, to the Oxycontin and fentanyl overdose crises in North America within the last few decades.

“I’ve told him that I need to take some boxes back to the pharmacy ok? He has an alarmingly high number of unused fentanyl patches. It’s mainly a safety hazard because if someone broke into the house and stole the patches to sell illegally on the streets, or personally use it to fuel an ongoing addiction – well those are never good things.”

Unable to give a comprehensive and proper response, I choose to kindly thank the pharmacist – who was present for an in-house visit to help D with his medications – and escort the pharmacist to the door with D’s boxes of unused fentanyl patches. I could not adequately explain to the pharmacist the true reason for why there are so many unused patches though. I have known D for many years and he is a patient with terminal lung cancer. I am also aware that he has not chosen patient compliance for some time, and has not decided to use the full dosage of stick-on fentanyl patches because of his genuine fear of becoming addicted to the opioid medication. As a cancer patient, however, he suffers from chronic pain that has increased in severity over time since the progression of the disease. His hydromorphine and oxycodone prescriptions – both of which are also opioids – have not been strong enough to manage the pain, and hence his doctor’s prescriptions for stronger analgesics such as fentanyl patches.

My role is not to judge D for his actions to self-regulate his medications but had he been given more time, perhaps he would have had the chance to try alternative medication for pain management. As a lung cancer patient, it would have been impractical and insensitive to suggest that he smoke medical marijuana but perhaps a different medium might have helped him. Purified tetrahydrocannabinol (THC) or cannabidiol (CBD) oil distilled from the marijuana plant that can be taken orally or as suppositories to help alleviate his chronic pain. These oils are a treatment not limited only to cancer patients but can be used for chronic pain for any type of ailment or disease. For some cancer patients, THC and/or CBD oil has been noted to even reduce tumour size growth and prevalence in addition to pain management. As for D, perhaps THC or CBD oil as an alternative would have helped ameliorate his pain as a possible route to circumvent his opioid addiction fears.

Oxycontin gets the boot

Today, Canada is the world’s second-largest per capita consumer of prescribed opioids after the United States, 80% of all legally prescribed opioids around the world are consumed in the United States alone. As mentioned, opioids can exist in various forms. Since the 1990s, opioids have been prescribed by doctors for long term chronic pain management to patients despite no high-quality evidence that shows that opioids can eliminate chronic pain, although opioids can be effective for numbing pain. While the medical industry has understandably taken the compassionate approach to patient care in prescribing opioids to reduce suffering, such prescribing practices have seen a rising correlation to opioid overdoses and increased addiction rates as a rising trend in the last few decades.

Oxycontin (oxycodone) was pulled from Canadian pharmacy shelves within the last 10 years due to increasing addictions with social consequences such as increased pharmacy robberies across North America for Oxycontin and increased deaths by overdose. However, without Oxycontin available, doctors and the medical industry began to look for alternative medications to prescribe to their patients. Fentanyl became an option as it was postulated to be tamper-resistant and relatively cheap. Fentanyl was also not on the de-classified or government de-funded list of drugs, as a myopic focus on banning Oxycontin became a governmental policy priority, thereby missing the bigger picture of needing to examine all opioid classified drugs in general. The fentanyl crisis today has been partly caused by this oversight.

Fentanyl is more potent than Oxycontin and 50-100 times stronger than morphine.

The black market, such as organized criminal groups, have also cut fentanyl into street heroin in recent years because of its potently addictive properties. Drug laboratories in China can manufacture synthetic fentanyl cheaply and make shipments to North America undetected often through disguised goods.

There has been much debate and discussion about the legalization of marijuana in Canada under Trudeau’s leadership; specifically, in creating public policy around the recreational use of marijuana in conjunction with improving medical marijuana policies. Currently medical marijuana for chronic pain management in Canada is available to patients with a legal prescription from their doctors. Similar policies and regulation debates have also taken place across differing states in the US. Medical marijuana legislation in recent years has also happened in conjunction with (or perhaps consequently as a reaction to) the opioid crisis in North America, which has been an influential force in spurring discussion around the need for the regulation and legalization of the marijuana industry as a whole. Medical marijuana was legalized in Canada in 2014. Currently, Trudeau’s policy debates surrounding 2017 legalization are with regards to recreational marijuana in attempting to create safe and regulated legal markets, age and access limitations, and tax revenue forecasts.

Bringing it back to Marijuana

Medical marijuana, although not as heavily popularized as opioids, has also been used in recent years to treat chronic pain. For example, patients who undergo chemotherapy state that smoking medical marijuana helps to relieve the pain and side effects of chemotherapy such as nausea for example. However, marijuana’s chemical composition acts on the human body differently from opioids. Chemical receptors for active compounds found in cannabis are also located in the brain which reduces the perception of pain. However, cannabinoid receptors are not present in the part of the brain that regulates heart rate and respiration, so unlike narcotics, there is no lethal dosage threshold for THC or CBD – the main active components in cannabis.

This can allow someone to consume as much is needed for its mollifying effects without the risk of overdosing and dying as the respiratory system is not hindered. Tetrahydrocannabinol (THC) is the psychoactive isomer – responsible for the “high” feeling associated with marijuana use – while cannabidiol (CBD) is the non-psychoactive isomer. It is for this reason that medical marijuana strains contain higher CBD to THC ratios, and why the regulation of the medical marijuana industry for “purified” distillations is important to create common standards. While studies have not been conclusive about whether marijuana is addictive or not, studies have shown that overdosing on marijuana and dying is almost impossible and unlikely due to the lack of cannabinoid receptors located in regions controlling heart rate and respiration.

Long term use of marijuana, however, is not completely without its risks. THC, the psychoactive component of cannabis has been found to cause psychosis if taken in high doses and for a prolonged period of time, the weakening of the heart muscle is also a possibility resulting in possible heart attacks and strokes, potential cognitive side effects such as impaired thinking and reasoning, a reduced ability to plan and organize, and disturbing cognitive development of the brain particularly in adolescents.

The debate surrounding the legalization of medical marijuana as an alternative painkiller is a timely response and has been touted as a medically possible solution for managing chronic pain for select patients, with a lowered chance of addiction and without the adverse risks of overdosing, an alarmingly growing problem currently rooted in the opioid crisis. Smoking medical marijuana, however, only became legal in Canada in 2014, while cannabis oils, teas and edibles were legalized in 2015. Legislation that occurred after D’s diagnosis with lung cancer.

D is currently in palliative care, but witnessing D’s personality change over the years, partially caused by the metastasizing cancer but also partially caused by the different opioid medications he was prescribed leads me to ponder about the lack of awareness of medical marijuana as an alternative option for chronic pain management. While more conclusive studies need to be conducted with regards to medical marijuana, and in light of D’s opioid addiction as a concern, I hope that increased offerings of pain management choices to eligible patients will continue to be advertised.