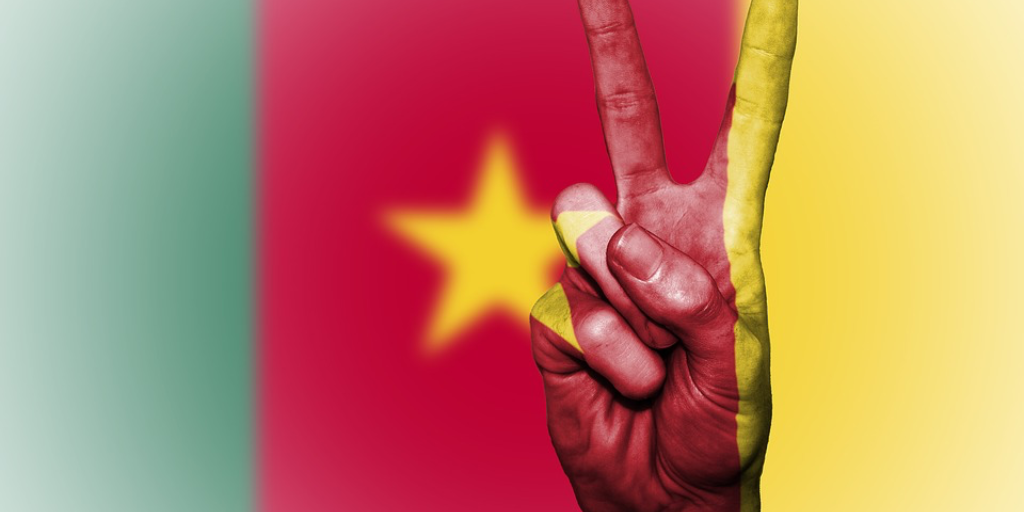 Reuters recently published an article about 15.000 English-speaking Cameroonians who had fled government forces into neighbouring Nigeria and all I could ask myself was, ‘How did we get here?’

A few days later, I read the communique released by the African Union in response to Donald Trump calling African Countries shitholes. While I appreciated the intention behind the communique and the impact it hoped to make, I could not help but think that the African Union should have spent its time enforcing inclusive dialogue to prevent escalation of the crisis in Cameroon instead of wasting time on a clearly attention seeking stunt.

This, however, is beside the point. Cameroon, Africa has plunged into a crisis with hundreds killed, tens of thousands displaced as refugees, businesses and schools shutdown. Even the internet is being shut down and all these are exclusive to the English speaking regions of the Country. Cameroon is made up of ten regions; eight of these are French speaking (Francophone) and the other two regions are English Speaking (Anglophone). Cameroon has two official languages; English and French and is therefore, bilingual. At least on paper.

For over 50 years, the Anglophone minority has accused the Francophone led government of institutional and systemic marginalisation, abuse and neglect. Feelings that have largely contributed in creating the combustible socio-political climate that now exists in the country. In 2016, Lawyers and Teachers organized a peaceful strike to decry the government’s methodical eradication of the Common Law and educational systems unique to the Anglophone minority in the country. This was met with a harsh and violent crackdown by government leading to untold human rights abuses. More Anglophone activists took to the streets to protest this crack down while calling for dialogue and a national conference but were arrested and charged with crimes of secession and terrorism. The Francophone led Government’s inability to listen to its people radicalised otherwise peaceful citizens into violent extremists. Calls for secession and total independence of the Anglophone minority have become rampant leading to the creation of an all Anglophone virtual state called the Federal Republic of Ambazonia. How did we get here?

While tensions in many African countries are usually based on ethnic or religious differences, Cameroon’s unique history, heavily influenced by colonial deal-making between Britain and France has left a long-term division between Cameroonians.

The German Empire colonised Cameroon in 1884 and administered over the territory till its defeat in World War I in 1918. Cameroon being one of the ‘spoils of war’ became a League of Nations (LON) mandate; divided between France and Britain and called French and British Cameroons respectively. With the creation of the United Nations after World War II, both Cameroons became trusteeship territories with two distinct identities. They had different governance systems, different laws, different educational systems and different institutions. While the British administered their territory from neighbouring Nigeria, France administered its territory as an extension of France and the question of independence became a pressing issue in French Cameroon which eventually led to its independence from France in 1960 becoming La Republique du Cameroun (The Republic of Cameroon).

British Cameroon on the other hand was given two options by Britain; to gain independence by joining Nigeria or the newly independent French Cameroon now called La Republique du Cameroun through a referendum. In 1961, the north of British Cameroon voted to join Nigeria while the South voted to join La Republique du Cameroun creating the Federal Republic of Cameroon (Present day Cameroon). This unification process was to be on an equal basis. Unfortunately, the Anglophone Cameroonians who opted to form a federation with French Cameroon (La Republique), soon found that the terms of that union were void. The promise of equality was never kept. If anything, the new La Republique essentially recolonized the Anglophone minority subjecting them to widespread discrimination and repression.

Only blaming bad Governance is not an option

The re-colonization process of Anglophone Cameroon has been systematic and political. In 1972, over a decade after the Federal Republic of Cameroon was created, the constitution which made Cameroon a federation of two equal states was abolished by then President Ahmadou Ahidjo. With the backing of France, he renamed the country the United Republic of Cameroon; granting himself greater power and control over the nation while taking away the autonomy which characterised the federal system. Secondly, after assuming power, Cameroon’s second president, Paul Biya revised the constitution in 1984 changing the name to Republic of Cameroon the same name French Cameroon adopted upon its independence. This new name totally eradicated any trace of the once existing of two states which came together as a federation. From then on, any evidence which lent credence to an Anglophone state was slowly eradicated including the Anglophone judicial and educational systems which Anglophone lawyers, teachers and activist all went to the streets for.

The Anglophone Crisis and the current upheavals in the country is not so much about secession and the desire to break free from the francophone dominated Cameroon. It is about decolonization and asserting ones right to exist and be active members of the society which makes up Cameroon. However, the Francophone majority has, over the years, accused the Anglophones of whining. Not to get me wrong, every Cameroonian has suffered from the despotic and dictatorial rule of President Paul Biya who has been president for over 33 years; taking over from a president who ruled for almost as long. But there are problems exclusively faced by Anglophones in Cameroon which by pass the mere ‘bad governance’ narrative. Let us not forget the lack of political representation, restricted access to higher education and employment opportunities. Furthermore, the refusal to offer a service to another simply because the person requiring the service is Anglophone.

The current upheavals is about the refusal to translate public documents for the benefit of people who do not understand a word in French. It is a matter of refusing public contracts to a group of people because they are Anglophones and it is the perceived erosion of an Anglophone political, social and cultural heritage. It is a question of the government failing to use all the means at its disposal to create an inclusive society indispensable in building the mythical “One Cameroon nation” that government officials always talk about. The government obsesses over its international image singing tunes of national unity and nationhood; but those in charge have never tried to ensure that these concepts become a reality. As Dibussi Tande, a renowned Cameroonian writer puts it, ‘not even through basic symbolic gestures such as having a fully bilingual website for the Presidency of the Republic, arguably the official gateway of the Cameroon government’.

So no, it is not only about a language. This crisis is about the livelihood and future of over 8 million Anglophone Cameroonians. Language is a vehicle for participation, awareness and identity. By institutionalizing the marginalization of one official language, the Cameroon government is in effect preventing citizens who use this language from fully participating in national life.

One Step at a Time: Government must be ready to listen

For many years now, local organizations, the international community and other well-wishers have lobbied the government to dialogue with Anglophone leaders in order to arrive at positive sustainable solutions. The government, however, has been unable to listen to these pleas.

To show good faith, the government and the president in particular could start by acknowledging the existence of an Anglophone problem and taking steps to show that they are ready for inclusive dialogue. Secondly, the government should desist from using the anti-terrorism law to criminalize the political debate on Anglophone Cameroon; she should be open to alternative governance systems like federation and look into welcoming third parties into the dialogue table like the international community. Thirdly, the government should free all those arbitrarily arrested to calm tensions and create a conducive climate for dialogue. In addition, government must create an inclusive cabinet which reflects not only the demographic importance of Anglophones, but also the political and historical importance of the group.

We must move past generic statements against an attention seeking American President and understand that Cameroon must undertake institutional reforms to remedy the deeper problems of the Anglophone crisis by revisiting history and making informed decisions based on the significance of the Cameroon union.