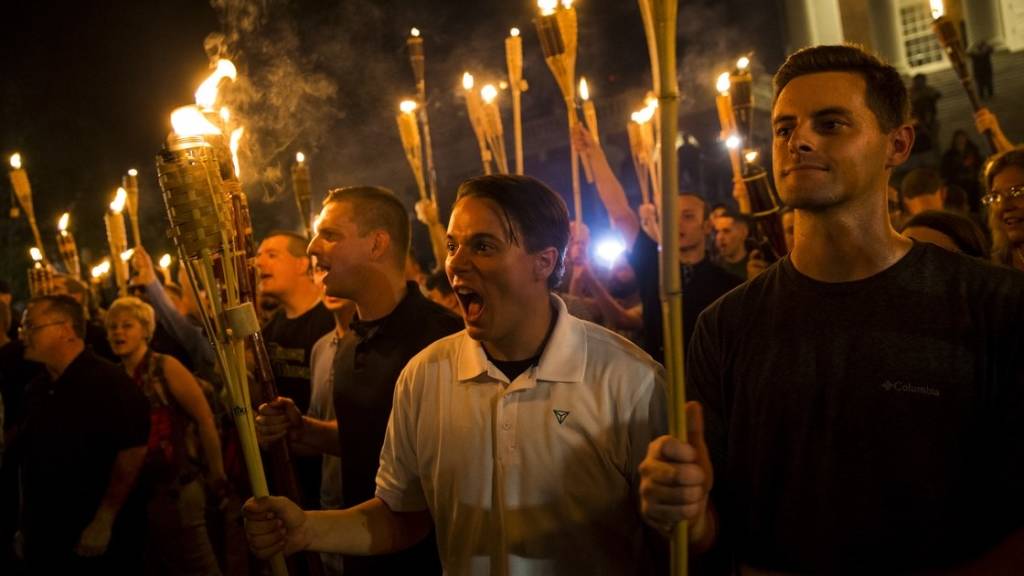 It personally disgusts me to see white supremacists organising themselves publically again, especially after last month’s events unfolded with the death of an innocent American. However, while I could write an entire article on the absolute condemnation of white supremacy in the modern world, there’s something that interests me in a more nuanced way: the role social media played in aiding these supremacists come to power.

Dark Corners of the Internet

Meanwhile, neo-Nazi website The Daily Stormer used memes, GIFs and other posts to drum up the crowd for the rally. While the website has since been shut down, since its launch in 2013, it has quickly managed to become the go-to source for racists, white supremacists and Nazis on the internet. According to the Pacific Standard, it is also the fault of the web-hosting sites in ensuring the longevity of websites like the Daily Stormer. In fact, the web host of the Daily Stormer – Cloudfare – purposefully hosts any website that buys its services. According to the CEO of Cloudfare, “a website is speech. It is not a bomb.” Therefore, they refused to end its hosting of The Daily Stormer.

Even YouTube, the second most used search engine in the world, has come under fire for allowing racism and white supremacist YouTubers to post content. According to the Guardian, “YouTube algorithms have been criticized for drawing viewers into even more extreme content, recommending a succession of videos that can quickly take them into dark corners of the internet”.

Digitalisation has created a new reality of data abundance and information. With the majority of people in America getting their information from social media (according to a PEW Research study), social media silos are being created. In other words, by the product of the algorithmic society we live in, we have created filter bubbles online. Living in these gilded cages creates a comfortable space where people of like-mindedness (including white supremacists) can converse without prejudice or fear. With YouTube, for instance, as soon as a user watches one extremist video, his or her feed is flooded with “related” content, pulling them into even darker holes of the internet and skewing their views all the more.

In fact, according to New York Times author Rahaf Harfoush, these social media silos are creating echo chambers of information. In this regard, we can argue that white supremacists are becoming more and more entrenched in their beliefs because they only see what they want to see on social media. Their opinions are thereby morphing into unchangeable beliefs. I would argue that once opinions create beliefs, the human mind becomes even less apt to openness and change, thus inciting potential physical violence when met with opposing views. And what’s most interesting within this digital anthropology perspective is that, on a social level, digital culture has facilitated a shift in our behaviour, and has truncated white supremacist groups into building more robust social media communities that are capable of organising and rallying at a moment’s notice.

We saw this in Charlottesville, and will see it again in the future. 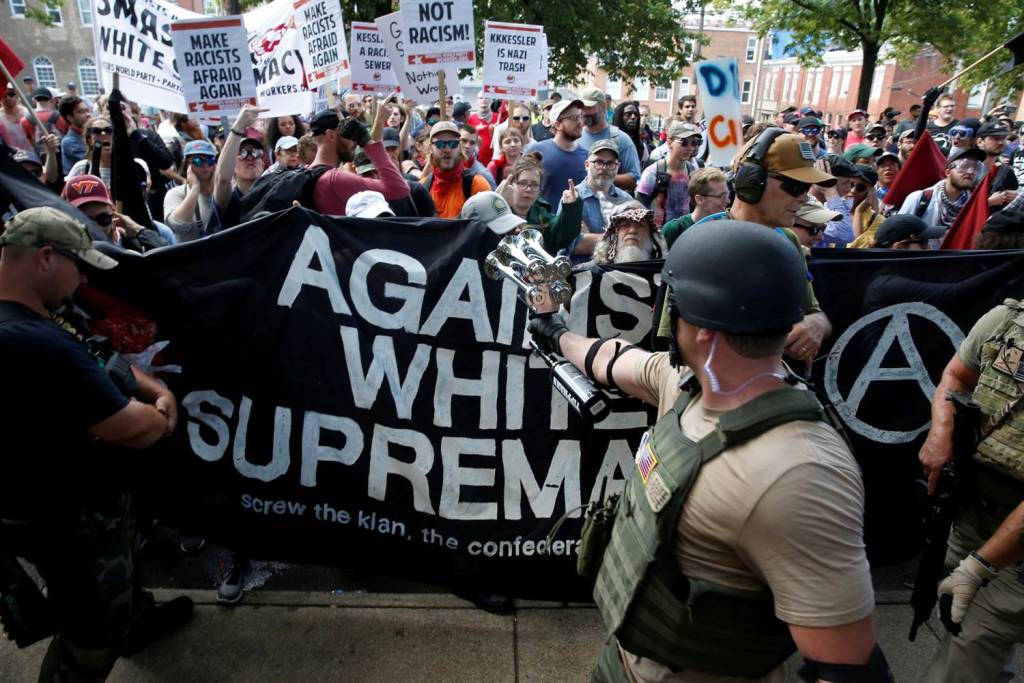 In the wave of the Charlottesville protests and terrorist attack, the internet has been flooded with commentators arguing that censoring social media sites is a direct imposition on our freedom of speech and first amendment rights (in the case of the US). Indeed, right-wing commentators have lambasted mainstream media and social media sites for silencing dissenting voices by simply removing their information.

I can especially see how this has created such a stir in the United States, for their politics is marred in the interpretations and rigidness in their constitutional rights.

While online platforms for information sharing and political discourse has become a fundamental aspect of our modern democratic traditions, as soon as these platforms are used to denigrate, target, and allude to the physical harm of certain groups of a population, it is the responsibility of the Government and of the private sector to step up and act. Luckily, that has started to happen.

Tech companies in particular have been at the forefront of standing up against white supremacy. As I mentioned, Go Daddy kicked the Daily Stormer off its network and Facebook shut down the Unite the Right event. Examples like these can be seen all over. As the New York Times notes, Discord – a chat room app – was the main tool used by neo-Nazis to organise and share information. Shortly after the Charlottesville riots, Discord kicked off all white supremacist and Nazi users. Financially, FinTech companies have also been taking action, with Forbes reporting that services such as PayPal and Apple Pay have disconnected from Nazi groups and banned them from using their financial services.

Finally, fact checking organisations have also played their role in combatting “fake news” from stirring the networks of white supremacists. We’ve heard Donald Trump say it over and over again: CNN, NBC and all other main stream news organisations are “fake news”! And while it may be true that some fake news organisations exist (some coming from a city in Macedonia), it is equally true that right wing and extremist organisations use false news stories to aide and give fury to their cause. Google News Lab, while still in its infancy, has begun to debunk these fake news stories, and recently launched a boot camp to teach journalists on verifying information. In their first 10 weeks, Google News Lab debunked more than 60 stories, severely impacting those right wing organisations that choose to listen to the false stories that may support their cause.

However, all the examples I have given so far are indeed from the private sector. Should Governments step up and help in the fight against Nazism? The answer is an obvious and resounding yes, albeit the actions Governments can take are slightly more controlled than in the private sector. Indeed, Governments must enact policy mechanisms that private tech companies can follow in order to quell the white supremacist movements. By instigating policies that restrict forms of hate speech on the internet, Governments can impact the rise of Nazism. Having said that, it is also the role of Governments in a modern democracy to uphold free speech rights and allow for free discussions on all platforms. And I do believe this is a fundamental cornerstone of any modern democracy. However, as I’ve already mentioned, when free speech turns into deliberate callings for the murder and subjugation of any race, creed or religion, the Government has an obligation to step in. As we saw in Charlottesville, it was clear that Trump did not stand up against white supremacy or Nazis. In fact, he deliberately blamed both sides, thereby failing to provide the leadership that America needed during a time of grave troubles. While policy mechanisms is one tool Governments can use to combat white supremacy, leaders must also be reminded that they serve as role models for citizens and they must actively condemn and speak out against Nazism and white supremacy when it is seen.

Social media as a source of good

While social media has clearly been used as a tool to disseminate hate speech, it can – and should – be used as a source for good.

Over the past decade, social media has been a tool for people to organise for civil rights. It has acted as a check on repressive governments, it has acted as a campaign tool for democracies, and it has acted simply as a way to connect everyday citizens. Data now shows just how powerful social media was in helping people to organise during the Arab spring, with the University of Washington’s study showing that the top 23 videos filmed during the uprising garnered over 5.5 million views. Social media helped to connect people outside of the region, with over 2,000 tweets a day being generated from outside Libya and Egypt in support of the revolution.

And this is just one example. The power for good that social media can have is staggering. It is, in my opinion, a tool to organise for the progression of civil rights, but also a tool to ensure different viewpoints get shared. We must remember that the facts we deem conclusive represent only part of the world view, and by ignoring those that dissent with us, we are actually creating a more fractured society. Social media must therefore serve as a tool for debate and discussion amongst all parties and all people. However, there is a line to be drawn between debates and hate speech. With the help of all tech companies and Governments, we can ensure that the line is clearly defined, and there is no space for white supremacy and Nazism in the modern world.