Corporate Foreign Policy is, simply, how corporates engage with the world.  Large, powerful companies playing a role in global events is nothing new. But companies like Facebook, Alphabet, and Microsoft are part of our daily lives, they serve as mediums for communication and connection; their relationship between customer and corporate is more complex than a singular transaction. Rapidly advancing technologies will continue to outpace our political structure’s ability to effectively regulate them. Cybersecurity, for example, poses a highly complex problem across a variety of spaces with little widespread public knowledge or literacy on the subject; add artificial intelligence, quantum computing, and whatever they’re building at Boston Dynamics to this list, too.

Compounding that is the woefully unprepared and ill-equipped political leadership responsible for regulating them. Thus, it falls to us, the people, to hold these corporates to a higher standard and better determine the role of these corporates in our shared future. Thankfully there is good reason for hope; both old and new. Microsoft and Satya Nadella set the standard for what a good company is in today’s world.

We will better determine what that role is and what that role should be by contrasting choices, actions, and policies of companies and their leadership with the standards of Human Rights and International Law which we hold governments and politicians accountable; lest impunity reign.

Facebook; How to Make Friends, Influence Elections, and Incite Genocide 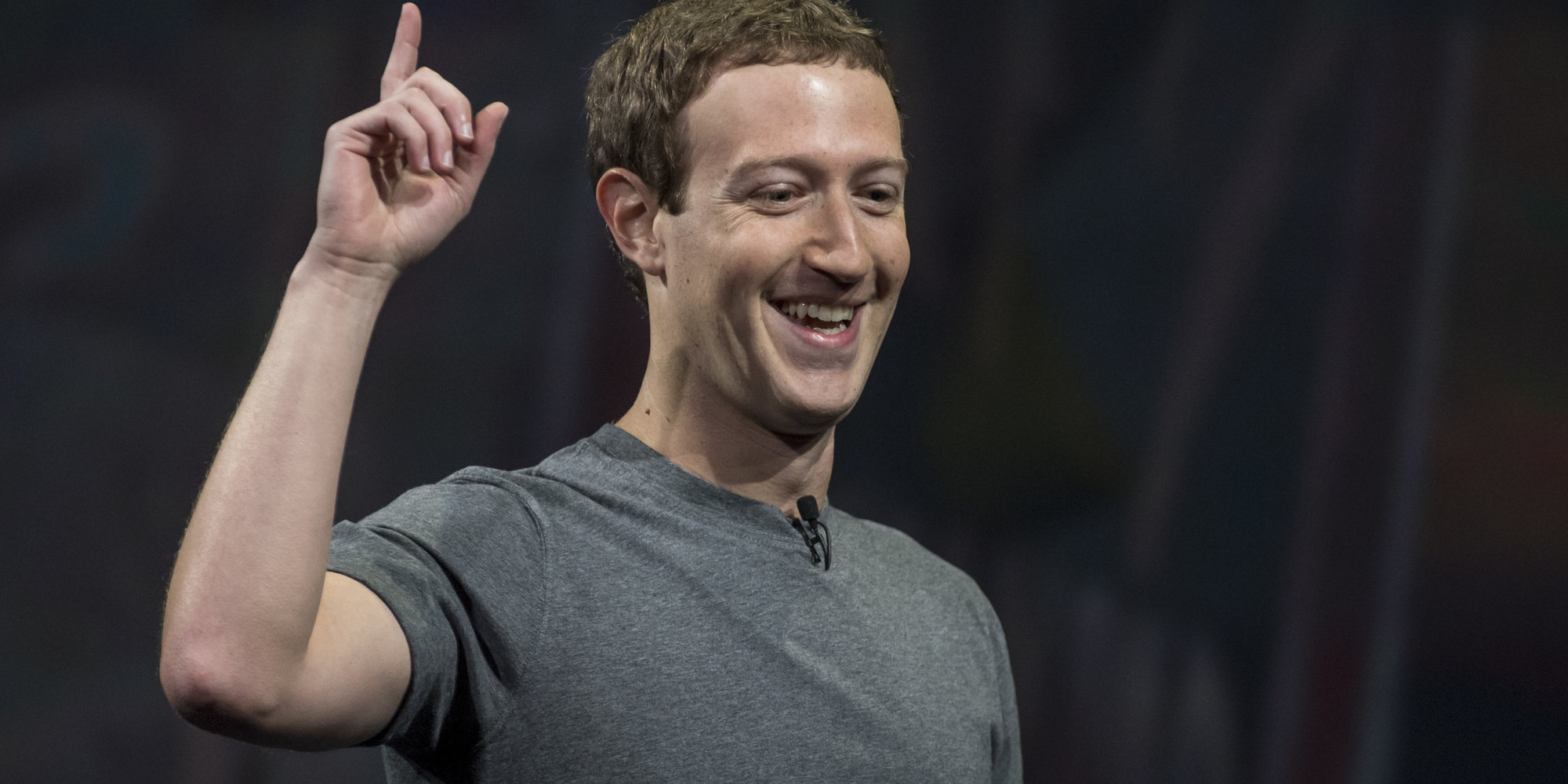 Mark Zuckerberg’s brainchild changed our world in unimaginable ways that we won’t fully comprehend for years if at all. In less than 20 years Facebook went from a dorm room project to a global, billon person constituency with immense amounts of wealth, influence, and information. That breakneck pace would always come with challenges. Growth is good, as they say, but at what cost?  Facebook has failed miserably in anticipating and responding to the negative impacts and unintended consequences of its product in the narrow minded pursuit of expansion and profit. The picture painted by the New York Times of Facebook’s leadership is one of pettiness, megalomania, distraction, and ineptitude employing some of the same lines as the reprehensible parts of the American Far Right. Deny the problem exists, downplay the problem even if it exists, and, finally, blame George Soros. There is a certain amount of naivete with youth and inexperience. But that is a far-cry from the insidious actions associated with Facebook and its leadership in this case.

Concerns have been raised over how Facebook and other social media platforms have been used to propagate disinformation, influence elections, and play fast and loose with individual users’ privacy and data. American Senators ineptly tried to hold Zuckerberg and Sandberg to account for their actions. But people who admittedly can’t use email can’t hope to meet the task.

Social media platforms have been a favorite of the Russian government in sowing discord. Trolls stoke hatred and otherization by fanning hate speech and ethnic tension across the digital space. However, Facebook’s actions in Myanmar, where the platform was strategically used by the Myanmar military have been particularly abhorrent.

Facebook ignored years of warnings from civil society about the imminent danger to ethnic minorities in Myanmar that being organized and disseminated by the Myanmar military on its platform.  Yet their warnings went unheeded or ignored. Ultimately the result in Myanmar is well known; crimes against humanity, war crimes, and genocide against Myanmar’s ethnic minorities resulted in thousands of painful deaths and hundreds of thousands of people displaced. The cause, in fact, is harder to discern.

Only after widespread condemnation from numerous publications did Facebook find it prudent to commission an independent study to learn their mistakes. The report refers to what occurred in Myanmar as offline violence. That is obviously a gross understatement. It is not without reason, of course. There are fiduciary responsibilities, bottom lines, and reputational risks involved with honesty. The words “mass murder” “mass rape” “sexual enslavement” “denial of the right to life” “extermination” or “mass grave” are unpalatable terms with implications of responsibility and culpability as matters of international law.  But these words are as unpalatable as the actions they represent. In the wake of the holocaust, the world did not have the language to properly define the manifest evil. Genocide was the term created by Raphael Lemkin to describe the mass, intentional murder of the Jewish people by the Nazis. The 1948 Convention on the Prevention and Punishment of the Crime of Genocide codified the language as a crime for which justice can be done. It is the embodiment of the promise of “Never Again” made to all victims of genocide; from Auschwitz and Buchenwald to Rwanda, Srebrenica, Darfur, Cambodia, Iraq, and now, Myanmar.  That is what makes work of Facebook’s leadership to obfuscate this truth and responsibility in Myanmar even more putrid. Attempting to make the language more palatable is tantamount denial.

By shirking its responsibility to help prevent mass atrocities, which we all share, Facebook is setting a dangerous precedent in its corporate foreign policy.  Instead of turning to experts at the United Nations or in civil society to better understand how they can play a positive role, they chose to have a PR campaign that downplayed their responsibility and disrespects the gravity of humanity’s darkest moments. Facebook’s failure here is particularly regrettable given how impactful their leadership and assistance on these matters might be. The amount of data points they have could be the key that prosecutors need to serve justice to those who perpetrate crimes against humanity with impunity. Thankfully, there are companies which embrace leadership and responsibility.

Microsoft’s place is in history is already well established. Every professional entering the workplace is expected to have basic knowledge of Microsoft products.  The corporate foreign policy of Microsoft and Satya Nadella leads by example and is in sharp contrast to Facebooks. Comparing these two is, to a certain degree, apples and oranges. While the companies do have different products, it is values and underlying leadership which distinguishes Microsoft and Satya as an example of corporate foreign policy to be followed.

The mindset we should hope leads our future is reflected in the change of Microsoft’s mission statement.  “Put a computer on every desk in every home in America” has been renewed as “empower every person and every organization to achieve more”. For proof of how an ethical, value based approach corporate foreign policy does not have to sacrifice profits look no further than Microsoft’s performance during Satya’s tenure. Microsoft’s stock price has tripled and its market cap ballooned to over $800 Billion.

By requiring his executives to read Nonviolent Communication, Satya has set the tone for Microsoft abroad. His work as a peacemaker to turn long standing rivals, open conflicts, and competitive relationships into areas of cooperation should be given to the global political leaders in Washington and Beijing as a playbook for avoiding world war three. There’s no magic set of boxes for what defines a “good” foreign policy in general. Few things are that black and white in international affairs. The underlying values of mutual respect, equality, and dignity of person that Satya has breathed into Microsoft has changed the corporate culture for the better.

However, it is his responses blunder and mistake that makes for a great corporate foreign policy great, though. When asked whether women in tech should demand better pay, Satya responded that women should have faith in their employers and the system. While it is a bit of a loaded question the response, obviously, was wrong. But instead of shifting the blame or moving on, he leaned into it. That is what excites me most about his leadership. His response was to admit his mistakes and take concrete steps not only to address the initial issue, but to go further and question the underlying structural issues of innate biases first in himself, and then in Microsoft writ large that are calls for praise. Nothing is perfect. But responding to failure or mistakes in a positive way is about as close as we can hope to come.

Microsoft’s most recent initiative, Digital Peace Now, is what truly epitomizes corporate foreign policy. It is a call for peace in the digital space, demanding government action to stop cyberwar. This is not an easy task by any means, especially so the increasing role of cyberwarfare in a world where tensions are already high. In a world where the political leadership is, frankly, inept, in the digital space, forthright action by one of the world’s largest technology companies is welcome step, and cause for hope. If the last 50 years is any indicator, the role of technology will only increase in our lives. Cybersecurity will dominate the headlines as we struggle to define or understand the implications of our digital world from a legal and technical perspective.

If we are to believe the doomsayers and science fiction authors our world is going to quickly become much, much different. This is unknown territory, and in making these giant technological leaps we need measured, responsible leadership with a commitment to constituents and stakeholders more than shareholder and dividends. That said, Microsoft and Satya provide a strong example for what leadership in corporate foreign policy should be.

The world is rapidly changing. The current political moment lacks competent political leadership to set the proper course for the digital age. But we must demand more not only from our political representatives and leadership, but from our leaders in business as well. The challenges this world faces from climate change and global health to cybersecurity, economic inequality, and ethnic conflict are too great for any one person, organization, or company to should alone. But, perhaps, together, there is hope. Peace. Cooperation. Mutual Respect. Dignity. Liberty. Equality under the Law. These are values which all decent people hold. They are the values which underpin a corporate foreign policy which works for all the people; not just some of the people. Companies which espouse these values should be rightly lauded.

Advances in technology across artificial intelligence, quantum computing, and machine learning will change much in our lives. We are face fundamental questions of the nature individual relationships with government, corporations, and the world that we have not seriously considered in generations. Now is not the time for fear or apathy. Now is the time for courage and action. Modernity waits for no one; and we are fools to assume such. Corporate Foreign Policy is not some Poli Sci 101 term paper, it’s shaping how this world works.

Harnessing the capabilities of large international firms for good might well be the only way of saving our planet from the existential threats we face, and the challenges just over the horizon. These are difficult questions to grapple with and there’s no troubleshooting page for help. But if we’re not willing to try and answer the question of what role do and what role should corporations play in our lives and the world, we may have our answers dictated for us. Viewing the decisions of companies from a foreign policy perspective will allow us to better understand which companies are here to lead us into the unknown, and which are not.