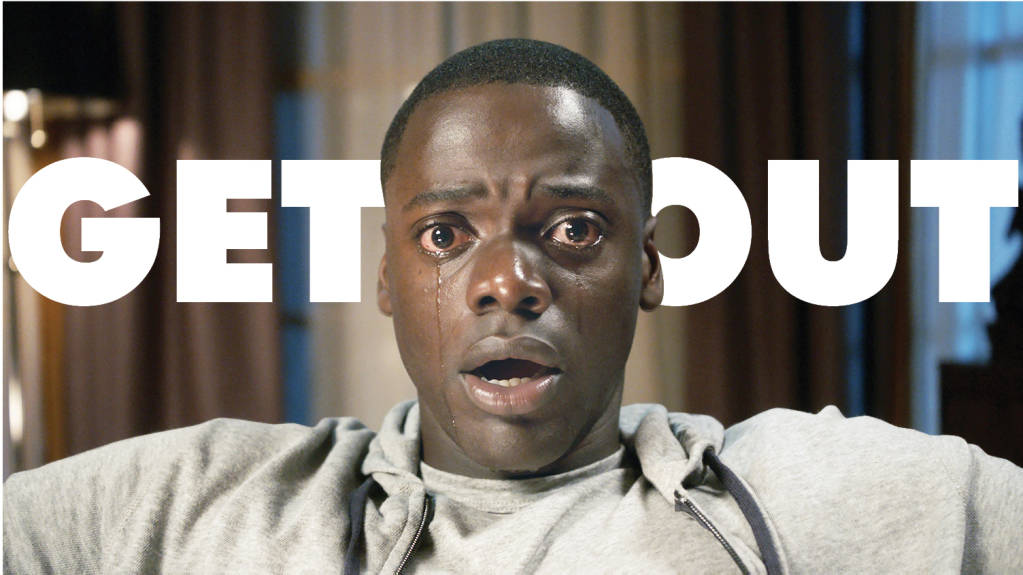 We’ve just passed the mid-year mark, so how about we take stock of the silver screen offerings so far?

It hasn’t been the greatest six months, there have been far too much vomit-inducing monstrosities like “Baywatch,” “Pirates of the Caribbean 5,” “Transformers 5,” and “The Mummy” polluting cinemas—fare cynically concocted for the least discerning and most hardened of the fanboy tribe.

But the rest of the summer seems promising. “War for the Planet of the Apes” is already spoken of as the best installment of one of the greatest trilogies of the last two decades. “Atomic Blonde” looks dazzling, and “Dunkirk” could potentially be a masterpiece.

And, to be fair, 2017 hasn’t all been garbage. There have been some good, even fantastic films, this year. Here are the 11 best so far:

The bleakness of this post-apocalyptic tale gets right under my skin. In Trey Edward Shults‘ film, each character is hoping for the best. That rarely ever goes well in It Comes at Night, in which no monster is needed to create suspense or horror. A room full of well-intentioned humans is enough to create problems and fear. There’s plenty of terror in It Comes at Night thanks to distrust and a killer virus, but it’s human nature that turns out to be the real threat. Shults’ second feature is sparse, but each scene is heavy. The filmmaker creates a remarkable and immersive sense of dread. It’s almost scarier after the credits roll, too. The darkness generally overshadows the few moments of warmth and humanity in 97 haunting minutes.

The disappearance of Percy Fawcett while searching for a lost civilization in the wilds of Brazil, which has fascinated would-be explorers for close to a century, inspired writer-director James Gray’s obsessive and lyrical anti-imperialist epic. Liberally adapted from David Grann’s nonfiction book of the same title, The Lost City Of Z stars Charlie Hunnam as Fawcett, a man who withdraws from the oppressive social mores and wartime horrors of early 20th-century Europe into the mystery and cruelty of the jungle. His search is in the hope of finding a ruined city that, in some deeply personal and implicit way, he believes will redeem the human race. Gray simplifies Fawcett’s hunt for the ruined city he called “Z” to just three expeditions. He also  devotes almost as much of the movie to his increasingly alienated life back home as he does to the verdant and threatening terrain of Amazonia; contrasting these parts, his direction—which brings to mind the New Hollywood of the ’70s and the classic films of Luchino Visconti—traces an allegory of failure, transcendent obsession, and art.

British independent cinema is in the midst of a sudden and glorious rebirth (one positive byproduct of Brexit, perhaps?). In the last 12 months, we’ve had a series of outstanding cuts like I, Daniel Blake, A United Kingdom, Freefire, the aforementioned Lost City of Z, and now Jawbone. This is a cracking, and extremely dark movie about a past-his-prime boxer limbering up for a final, potentially life-ending, and unlicensed fight. A homeless alcoholic, he wants to win money and re-win some self-respect. This isn’t solely a boxing film. It is also, with piercing, heartbreaking honesty, a brutal chronicle of addiction. The fight scenes are thrillingly choreographed while the protagonist played by Johnny Harris is magnetic throughout as a man trying to stop his life from falling apart.

Nanjiani and his wife Emily Gordon adapted their real-life romance,  and a debilitating illness that landed Emily in the hospital just months afterward, into this moving, melancholic, romantic comedy.  Fans of the comedian’s stand-up or work as Silicon Valley’s Dinesh will go nuts for The Big Sick’s steady stream of laughs; one taboo-busting 9/11 joke-for-the-ages had my local theater howling. But when the couple’s life takes a turn for the worse, and Kumail’s Pakistani heritage pressurizes the situation with demands of arranged marriage, Nanjiani’s fans will cling to the jokes like a life preserver. Anchored by his sensitive performance, and bolstered by Romano and Hunter as Emily’s fretting, foul-mouthed parents, The Big Sick is a reminder that fate is fickle, self-determination is fickler, and we all deserve a good laugh-cry once in awhile.

Much was made about Anne Hathaway playing against type as a down-on-her-luck alcoholic in Colossal—and rightfully so, she’s great in it—but that’s just one of the surprises of Timecrimes director Nacho Vigalondo’s blend of the dramedy and kaiju genres. Giant-monster action aside, the film works on multiple allegorical levels: There’s an obvious metaphor about the destructive nature of addiction, and a less obvious one about toxic masculinity. That all sounds awfully heavy, but Vigalondo blends pathos and humor with characteristic idiosyncrasy, and his empathetic experiment is buoyed by Hathaway and co-star Jason Sudeikis’ effortless chemistry.

The playfully subversive Okja proves director Bong Joon Ho is one of the world’s most exciting filmmakers. This movie works beautifully as a fantasy, an adventure, a dark comedy, a story of love between a girl and her pet, and yes, even vicious satire. If you have a taste for Monty Pythonesque bizarro- absurdist scenes anchored by real socio-economic narratives, you’ll love this. There is a moral heaviness to Okja, as it will likely make even the most determined and unapologetic of meat eaters (myself included) think twice about how that slice of bacon ended up on their plates. Okja is a revealing look at current realities dressed up in the guise of near-future science fiction, and Bong works virtually every emotional register, driving home the point that animals deserve better treatment than we are currently giving them. But Bong never pushes the film into the realm of the saccharine; the animal’s relationship with Mija, who remains a determined innocent of genuine spirit, feels real and earned.

The year 2016 was an extremely rough one for the growing DC Expanded Universe. Both Batman v Superman: Dawn of Justice (which I  have charitably christened Vomit v Shit) and Suicide Squad are supremely awful movies and have not left the greatest legacy. Fortunately, Patty Jenkins’ Wonder Woman arrived on the scene this year as an incredible force of cinematic resurrection for the franchise. There is no short-selling it: Gal Gadot is absolutely perfect as the protagonist, and truly shines whether she is on the island of Themyscira with the Amazons, or boldly fighting with Chris Pine’s Steve Trevor on the front lines of World War I. Perfectly utilizing its period setting, the film is kind of a mix between Thor and Captain America: The First Avenger, but weaves them together in a way that creates something shockingly fresh and exciting. It will not only live on forever as the first female-fronted superhero movie of the cinematic universe era but could very well wind up changing the entire industry

A masterful exploration of the concepts of racism, theft/enslavement of Black bodies, appropriation and microaggressions, Jordan Peele’s Get Out takes white liberalism to task. Peele makes it a point to not allow viewers to experience these uncomfortable subjects against the typical background of antebellum plantation-style slavery of centuries past; instead, moviegoers of all races are forced to acknowledge the endless daily subtle (and overt) examples of racism experienced by people of color. Wrapping up all of these subjects in the tension-filled horror film genre, with a comedic-relief twist (thanks to the hilarious antics of co-star Lil Rel Howery), makes Get Out not only a clever and timely film, but one that is truly transcendent.

Rarely has a film seemed less in need of a sequel than 2014’s John Wick, a self-contained bit of action-cinema perfection. Nonetheless, John Wick: Chapter 2 manages to justify its own existence through a constant barrage of masterful gun-fu carnage, with bullets flying at a jaw-dropping rate courtesy of Keanu Reeves’ nattily dressed assassin. Director David Leitch’s follow-up is a symphonic orgy of frenzied firearm warfare, with violence here depicted as a culinary art form performed by stylish Zen badasses with philosophical souls. It’s akin to a hybrid of Jean-Pierre Melville’s noir cool and Marvel’s superhero fantasy, all underworld rules and regulations and unbelievable feats of fearsome brutality, with Reeves exuding powder-keg explosiveness as the epicenter of this murderous maelstrom. While the film’s reason for once again forcing Wick out of retirement isn’t nearly as gripping as its predecessor’s vengeance-for-his-dead-dog motivation, the specifics of Chapter 2 wind up mattering little in the face of so much exhilarating death and destruction.

One of the most subtle and mature movies to ever pass itself off as a Hollywood superhero flick—but also one of the most despairing and violent—James Mangold’s Logan borrows extensively from classic and revisionist Westerns to reimagine the X-Men series’ Wolverine. Hugh Jackman at his most Clint Eastwood-esque and Charles Xavier (Patrick Stewart) are as a couple of old gunfighters with blood on their hands, facing the end of the road.  In a dystopian, economically and socially depressed near-future America where super-powered heroes and villains have all but gone extinct, the grizzled, throat-slashing antihero and his senile telepathic mentor must race to deliver a mysterious mutant girl to a secret safe haven that might not exist. From its purposeful pacing to its complex handling of religion, Logan’s virtues are many, and it boasts some of the most terrific and poignant acting in the genre.

I don’t think any movie except for John Wick 2 has given me such a dizzying head rush in recent memory. This is a remorselessly entertaining, impeccably assembled action-MUSICAL (yes, it’s a musical) in which cars and people defy the laws of physics and common sense. They leap into gunfire and hop over hoods and careen down streets in perfect time to the beats of a gloriously cool soundtrack. It’s very absurd, but set to music it just feels right. And unlike, say, a “Fast and Furious” flick, Baby Driver delivers action that’s convincing and concrete — the cars seem real, even when the people don’t. This is the kind of pure pop confection that leaves you breathless with admiration for the director’s supernatural command of his frame. I fucking loved this movie, and would not be surprised if it still ends up being in my Top 3 in the year-end list.