Keep your Hate and your Racist Thoughts to Yourself 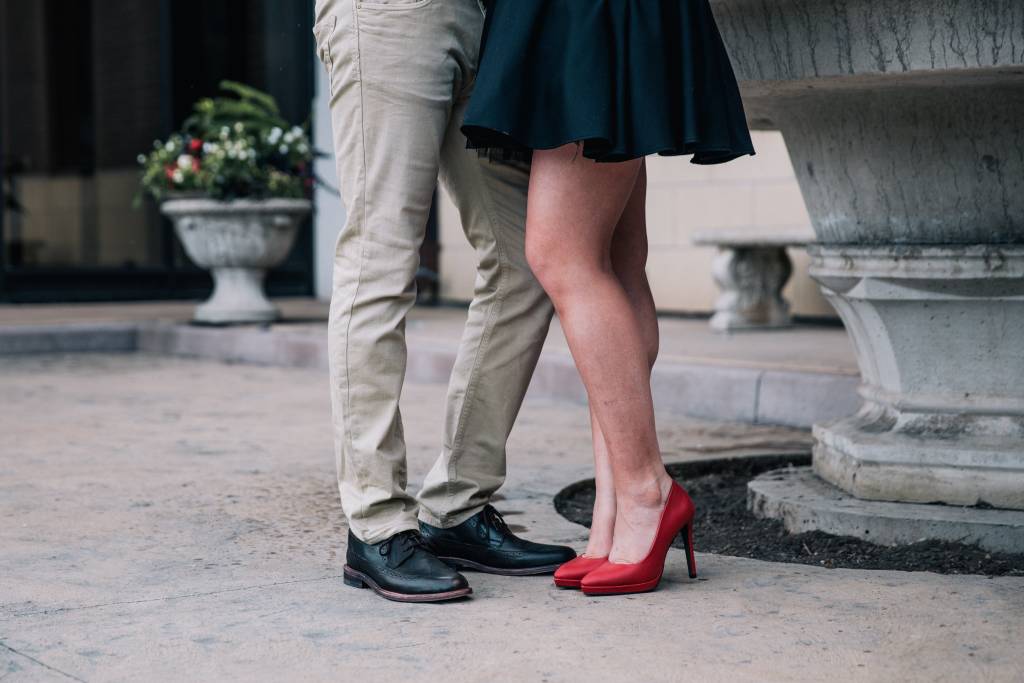 A few months ago, my Indian boyfriend and I (a White woman) were standing in line at the local ice-cream shop. A middle-aged man came up next to me, pointed at my boyfriend, and asked in a hushed voice: “Are you ok with him?”

What he meant by that was ‘is this guy bothering you?’ but the subtext of his insinuation was that my interracial relationship with a brown-skinned man could not possibly be consensual. Taken aback, I politely said “Yes. I’m great.” We ordered, paid for our cones, and we left the shop.

Looking back, I should have said: “Keep your hate and your racist thoughts to yourself.”

This summer marks the 50th anniversary of Loving v. Virginia, the court case that legalized interracial relationships in the United States. To mark this anniversary, the Pew Research Center released a report showing that 17% of newlywed couples in the U.S. are interracial, compared with only 3% in 1967. The report painted this as a remarkable change and a great step forward. It’s not.

The increasing number of interracial marriages is often mistaken as a sign that racial bias is diminishing and that the taboos associated with mixed-race couples are vanishing. Yet interracial relationships remain rarer than those that cross religious, educational, and age lines, and progress is slower than that of gay marriage.

In 1967, the US Department of Health, Education, and Welfare recorded 1.9 million new marriages. In 2016, the number of new marriages was 2.1 million, a difference of just 200,000. But there have been several changes to American demographics since 1967 including a major population increase and greater diversity.  Fewer Americans per capita are getting married now than a half-century ago, and there are far more opportunities to meet individuals of another race, which makes the 14% increase in interracial marriages rather uninspiring.

Currently, only 31% of White citizens in America support all forms of interracial relationships (between White and Black, White and Asian, Black and Asian, and so on). Black citizens tend to be more supportive, with a 56% approval rate, according to a study in the Journal of Black Studies. The best approval rates come from Millennials: 93% of Americans under the age of 35 approve of interracial relationships in the U.S.— which is unsurprising given that Millennials belong to the most diverse generation.

The influence of strong Millennial support for interracial relationships is slowly shifting the conversation in popular media. The past few years have seen a surge in blogs and books broaching this topic. There has also been an increase in movies and T.V. shows featuring interracial couples (I’m thinking of Spiderman: Homecoming, The Hitman’s Bodyguard, The Incredible Jessica James, The Handmaid’s Tale, Dear White People, and Friends from College, which were all released in 2017.) And while this is inspiring, it doesn’t translate into a reduction of racism towards interracial couples living in the U.S. right now.

The amount of education and the geographic proximity to other racial groups have significant impacts on the likelihood that an individual dates (or marries) a person outside their racial group. The trends go something like this: most individuals date and marry a person with a relatively equal level of education, and the more educated the two individuals, the more likely they are to date across racial lines. Second, the stubborn legacies of residential and school segregation in many parts of America have reduced the opportunities for interaction (and dating) between races. However, as education levels rise and geographic barriers are minimized, we could see more interracial love.

It’s important to remember that having friends who are different from you, and have supporting attitudes, isn’t all that’s required here. Nobody is fooled when people say, ‘I’m not racist, I have a friend who is [insert ethnicity here]’ or better yet: ‘I’m not racist, I’m dating a person who is [insert ethnicity here]’. The truth is that just because you befriend (or date/marry/have children with) someone of another race, doesn’t mean you understand their experiences, only that you become more aware that they are different from your own. Those differences are further exacerbated when that person is from an entirely different part of the world. There is a lot of work involved. Being friends or romantically involved with someone of another race doesn’t automatically make you less racist. A deliberate effort must be made to acknowledge racism and make constructive changes in one’s language and behavior. It’s a learning process, with great benefits at the other end: you’ll likely find yourself with a stronger friendship, and be a better person.

In his farewell address, President Obama discussed issues surrounding race and said “Laws won’t be enough. Hearts must change.” He was right. Behavioural psychologists have been studying racial bias and attitudes for the last 70 years, and have consistently found that attitudinal change precedes behavioral change. To see more interracial relationships in the next fifty years, and more respect, we must first focus on changing our attitudes.

As a starting point, it’s important to understand our current attitudes. Not just the explicit ones, but also the stickier, hard-to-change implicit attitudes that we carry subconsciously. These are the attitudes the musical Avenue Q was referencing in the song ‘Everybody’s A Little Bit Racist’. To understand your own attitudes, there are some free online tools available, including the implicit-attitudes test (IAT). You can also look at your bookshelf, your Netflix account, your artwork, your social circles, and your Facebook wall as indicators of your explicit attitudes; what you consume and how you communicate is indicative of your racial preferences.

By far the most successful strategy for changing attitudes is long-term direct exposure. In a commencement address to Grinnell College this past Spring, Kumail Nanjiani, co-writer of the recently released movie The Big Sick, suggested ‘surround[ing] yourself with people different from you’ (minute 16:20). He warns that it won’t be easy, and it might hurt your brain, but it’ll be worth it.

The state of interracial marriages in the U.S. is really not that much better off than it was fifty years ago. This is one of America’s longest-lasting taboos. Progress is being made, but at a slower rate than the progress for relationships across religious lines, age lines, economic lines, and education lines. It’s also slower than progress on gay marriage and gay rights. We still have a lot of work to do.