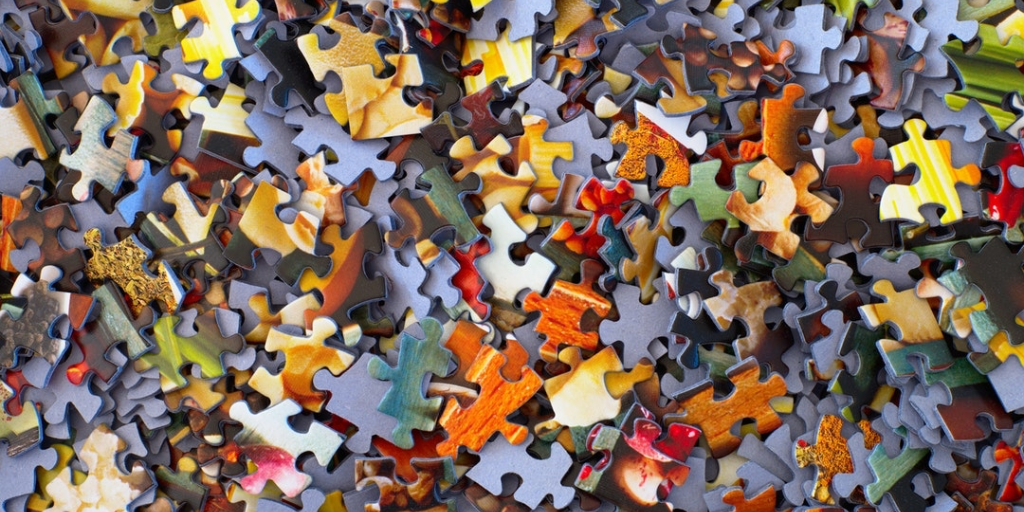 We see Latin America is going through some painful moments. Before you all shout LET’S DO SOMETHING NOW, I would urge you all to first understand the context of this recent upheaval.

In 1993, in his book The Third Wave: Democratization in the Late Twentieth Century, about the processes and the mechanisms in which countries transition to democracy Samuel Huntington describes two particular phenomena: 1.) democratic waves and 2.) counter-waves. The first happens when several countries geographically close and in a similar, and short, time span shift their regimes towards more democratic ones. To transitologists, like myself, the Arab Season was the fifth of such waves.

Waves however are not unidirectional or static, and so the idea of counter-wave emerged. Counter-waves are reactionary moments when States reverse the democratic gains for several reasons like: evolution of domestic affairs, incomplete transition, failed consolidation, external pressure… And the list goes on. Mostly counter-waves happen due to a combination of several of these factors. And this is how we get to Latin America.

Brazil: The Impeachment as a stress test to Democratic Institutions

On December 2 (2015) Eduardo Cunha, at that time President of the Chamber of Deputies, accepted a petition to impeach President Dilma Roussef serving on her second term (she had just been reelected on October 2014). The petition triggered a long, complex and bureaucratic series of auditions, commissions, hearings and what not that ended on April 17, 2016, when Dilma Roussef is voted to be impeached by the Chamber of Deputies (lower house of the Brazilian Parliament). The vote would be confirmed by the Senate (upper house of the Brazilian Parliament) on May 12, 2016.

The Impeachment process opened divisions across Brazil, with several analysts and experts dubbing the legal procedure as being a staged palace coup against a female President. Others were less critical of the need of the impeachment but were unenthusiastic (not to say ferociously critic) of the raise to power of Vice-President Michel Temer. And there were also some to whom both impeachment and replacement of Dilma by Temer were greeted as great news.

Brazil, however, as not yet recovered from the impeachment’s soap opera and two other developments prove it. On July 2017, the former President Lula da Silva (from the same party as Dilma Roussef) was convicted to 10 years in jail for corruption. The move was seen as a judicialization of politics, with judges becoming a more ferocious opposition than deputies and senators.  And on August 2, 2017, the current President Michel Temer barely survived a vote to suspend him due to bribery charges.

Peru: Narrow victories, no novelties and the past lurking

The General Elections of Peru 2016 was set to elect the president, vice-presidents, composition of the Congress of the Republic of Peru and the Peruvian representatives of the Andean Parliament. The election soon descended into a race of ideas between the center-right and the right-wing parties. On one side the Pedro Pablo Kuczynski (center-right) took the lead in representing the maintenance of the status quo. On the other side, Keiko Fujimori (right-wing) aimed to return to the path started by her father, Alberto Fujimori.

Fujimori introduced a highly-centralized ruling system during the 20 years in which he was the President of Peru. Political institutions were reduced to a rubber stamp function and human rights violations became the norm rather than the exception. This was the system (fujimorismo) that Keiko Fujimori defended throughout her campaign. Just a small note: Alberto Fujimori is currently in jail after being deported from his self-imposed exile in Chile.

The fact that Keiko Fujimori won the first round of the elections with almost 40% of the votes (more than 6.115.000 votes) and that she lost the run-off with less than 375.000 votes speaks a lot for the kind of political fractions that are running in Peru. Democracy clearly has not set in and it seems that voters are willing to sanction the reduction of the political rights acquired…

Venezuela: State apparatus versus The Others

The most recent case, that captured the attention of the international community, is Venezuela were events are unfolding at an impressive rate. Venezuela’s lack of food, street riots and massive protests have not demoted Nicolas Madura from pressing on with the version of Reformist State Socialism introduced by Hugo Chavez. The most recent happenings include the removal of the highly critical General Attorney and the staging of elections that were presumably manipulated by the State apparatus.

Interestingly, in the case of Venezuela it is not possible to claim that Maduro is alone in his attempts to transform the sociopolitical landscape of the country. Despite all the hardships that Venezuela has been facing the regime still enjoys a great degree of popularity mostly because of two reasons: 1.) the poorer classes of Venezuela that blamed liberal capitalism for the worsening of living conditions see in Maduro a sort of protector and 2.) the usage of the image of the charismatic Hugo Chavez boosts the popularity of Maduro whenever it’s needed.

Speculation, counter-information and propaganda are the rule of the game in Venezuela, even when we look to traditionally reliable media agencies, but what seems to be clear is that the game in Venezuela is played with two colors only: We versus Them. Without space for dialogue, without will to listen opposing voices and using all sorts of tactics, including brute force, the few democratic gains are now pale if not overall rotten.

First it is important to say that these three are not the only cases that rang the bell for the threats that democracy is facing in Latin America. The discussions around the amendments to allow Cristina Kirchner to run for a third-mandate in Argentina (2014-2015); the narrowly failed Constitutional referendum (February 2016) in Bolivia that would have introduced a third consecutive term for Presidents and Vice-Presidents and the impeachment of President Molina in Guatemala (September 2015) are other examples that should be taken into account.

What can the international community do in such cases? Here are some of the strategies that can be put to use and their pros and cons!

Strategy 1: Let Us Go There And Save Them!

Foreign intervention to “save” people, or as NATO dubbed the Responsibility to Protect, is a murky concept that has generated more discussion than consensus. In the early 21st century foreign intervention is however less and less popular since the Responsibility to Protect ultimately leads to Border Violation and hampers State’s Sovereignty… just think on Eastern Ukraine and Crimea.

Pros: It is undoubtedly the fastest way to change a regime and to ensure that the outcome is exactly what is designed, at least in the short-term.

Cons: Lack of regional support from local players. MERCOSUR reaction to Trump’s suggestion that a military option was on the table is indicative or that. In Latin America politicians naturally fear foreign intervention because they don’t want to open a Pandora Box that might topple them too.

Strategy 2: Let Us Help Them to Get Saved!

Sponsored coups are not exactly a novelty in world politics but the level of refinement in contemporary politics is something quite amazing. Supporting local opposition ambitions to power, in exchange for their loyalty, is always an option but the problem is that survival in politics might dictate that the elites that are loyal today might become less loyal tomorrow.

Pros: Criticism for direct intervention is avoided and there is a semblance of internal legitimacy to what is happening. The ownership of the transformation of the country remains with domestic actors preventing eruption of mass protests.

Cons: Overthrowing a leader via coup, supporting assumedly loyal opposition elites, is always a risky gamble that can backfire. The rise to power of Sisi in Egypt if, on one side, stabilized politics it also discredited electoralism. Also, any coup done in Latin America would easily fall pray into the rhetoric devices that blame USA and EU for all misfortune.

Strategy 3: Let Us Punish Them to Change Them!

Sanctions were designed to force elites to change their behavior either by targeting the elites directly (freezing of assets abroad, visa bans, travel bans) or by targeting population (economic sanctions) in order to stir the domestic environment and force the elites to be toppled.

Pros: Actually recent events have proven that there are little pros to sanctions, unless if the regime is a micro-State like Kiribati or Vanuatu.

Cons: Sanctions are proven to be not as effective as expected as we can see with Russia (currently facing economic and travel sanctions due to the annexation of Crimea), Iran (that faced sanctions and an economic blockade for more than three decades) and even North Korea. Sanctions can harden the population to back even more the elites. In Latin America sanctions would be a blessing since they would validate all claims of a “silent war” between Latin American and the USA/EU axis.

Strategy 4: Let Us Transform Them!

If coups are bad ideas, and interventions are unpopular, why not sending just Regime and Governance Models instead of troops and financial aid? Exporting tested models of democracy could be a solution for Latin America but that would also open the door to assume that the previous democratic gains were more of an illusion. Dangerous gamble…

Pros: Tested and successful models offer the reassurance that somewhere the idea worked and provides to policy planners a field for comparison when challenges emerge.

Cons: Exporting and imposing other sub-types of democracy, like it was done in Iraq, Yemen or Afghanistan, is also a bad idea. Local contextualities change the game and so the model also needs changing! The more we try to meddle with schemes and propositions that do not account for local factors the worse the outcome.

Strategy 5: Let Us Do Nothing?

Let me clarify here: Doing nothing is not the same is being ignorant or dismissive. It simply means that outsiders allow events to evolve with minimal external influence (and yes that is possible even in the days of the Global Village). By doing nothing I mean that Latin America needs to test the limits and boundaries of their democracies and to learn, by themselves, what is the best next step.

Naturally that if in this path Elites become parasitic of their population, the International Community has the moral obligation to intervene. Democracy, in the end of the day, is also about the hardships of the regime. And what if the population opts en masse for non-democratic regimes? Well, all I know is that Democracy will never be democratic when it’s forcefully implemented. While others will continue to urge our mainstream media counterparts to cover the apparent unravelling of Latin America, I think it’s clear the true cracks are actually being seen in mainstream media itself with it’s haphazard coverage thus far.

Stay with Mindthis Magazine for more strategic coverage on Latin America by young professionals on the ground.