Augmented intelligence, artificial intelligence, automation, although we may disagree on the terms, we can all agree that drastic change is upon us. These leaps in technology will transform our interactions, our jobs and our daily lives.

On one hand there is constant pressure to move towards automating as much of our work as possible to remove human error and maximize efficiency and speed; after all a computer does not need to sleep, take weekends, sick days, holidays or tend to family emergencies. On the other hand we face the looming threat of outsmarting ourselves out of our own jobs and the faster we, the humans, develop in this field, the faster we may render obsolete our jobs and the jobs of our colleagues.

Should we actually be worried about Augmented intelligence? 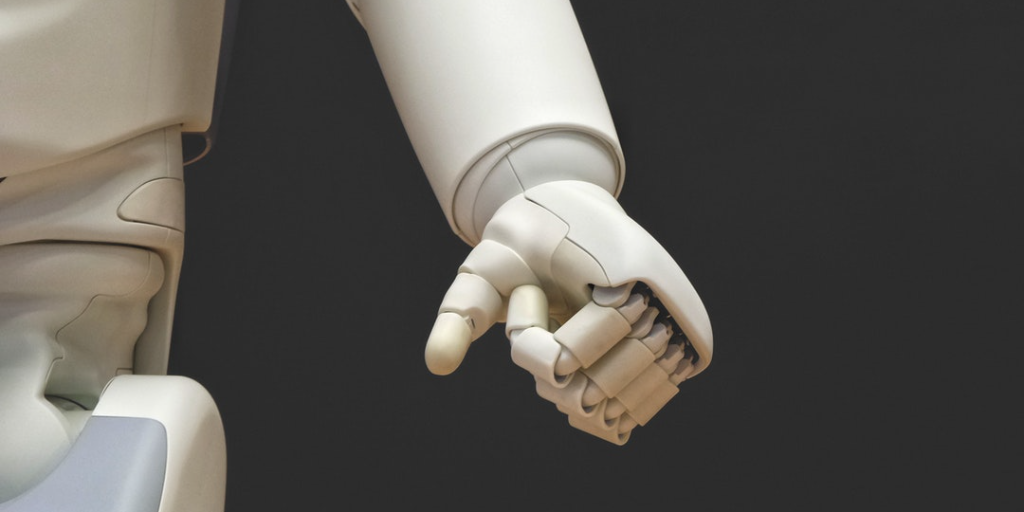 Is this fear of being replaced by machines actually grounded or an unjustified paranoia conceived by watching too many sci-fi films? Will we really reach a point where we can flick a giant switch that suddenly turns on machines that will run the programs that WE wrote and consequently turning off human involvement – the very amniotic fluid between hardware and software? Are machines really an imminent threat to our jobs or a catalyst for professional development and evolution? Let’s reflect on a pioneering effort in automation, the ATM.

ATMs are not new inventions, in fact, the first was introduced over 50 years ago (late 1960’s) for simple cash dispensing activities, as we began to gradually trust the machines more, they began to take on many new functions such as cheque deposits, fund transfers and bill payments and increasing immensely in number. Most of us agree that ATMs have made our lives easier. Some may say that this fundamental leap in banking automation processes helped pave the way for further adoption of banking technology, such as banking apps and paywave, to a certain extent, replacing cash itself.

Despite initial user resistance, nowadays most of us even prefer ATMs for their speed and ability to fulfil basic transactions with minimal fuss, avoiding endless queues or having to endure mind numbing or awkward smalltalk. Now, let’s peel back another layer to consider how these machines have impacted the other end of the banking supply chain; the workforce.

ATMs did not replace human bank staff, there isn’t a bank in existence without a human in their branches, these humans have had to mould their jobs around this industry disruptor, bank staff have had to step up and learn different skills, more varied skills than monotonously counting over cash and rubber stamping booklets. Bank teller staff were re-trained and redistributed, focusing more stimulating, challenging and valuable roles such as cross-selling loans and insurance products, launching and refining targeted marketing campaigns, forecasting customer behaviour patterns, improving banking security and eventually enabling internet shopping and online banking tools we use today.

Without this risky, pioneering leap in automation, the ATM would not have liberated the time of banking human resources previously wasted on tedious, repetitive tasks. Without this invention, we’d still be queuing for more exciting jobs (and our cash).

There is no substantial debate here, automation has made our lives easier and increased efficiency and opened up the job market to more interesting, challenging career moves. AI on the other hand has taken automation to the next step, decision making.

Creeping up the value chain of human thought: Decision Makers 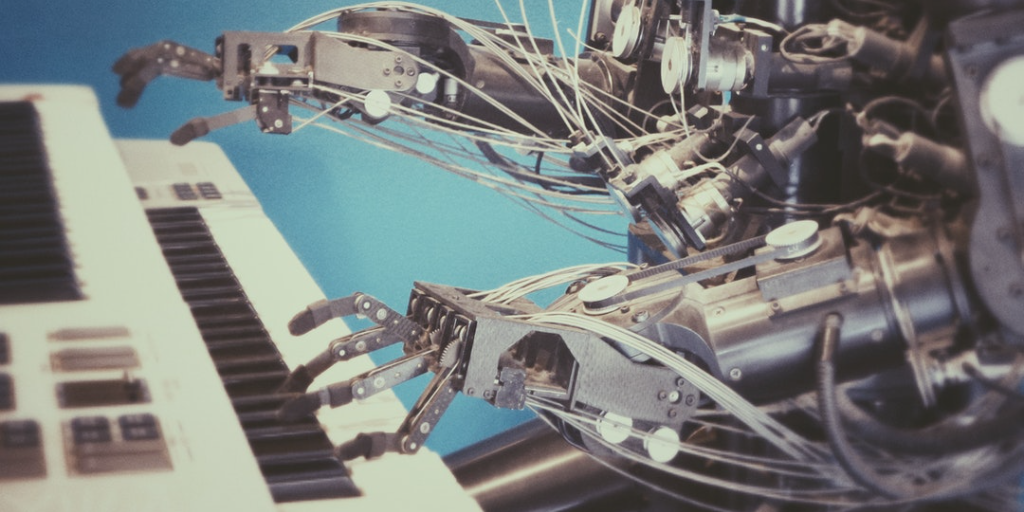 To take an extreme case of AI, Kalashnikov is currently in testing phase for launching combat robots. Yes, effectively bringing Terminator to life. This machine is programmed to identify the enemy and pull the trigger without hesitation. The idea that a machine can decide on which human life to extinguish is terrifying enough, but even this could get worse.

What if this machine incorrectly identifies an ‘enemy’ and pulls the trigger on an innocent person, or a child? What if there’s a glitch and they can’t switch it off? What if it’s hacked and the program overridden to open fire on the general public? How is a machine like this governed? Is anyone held responsible for the actions of a machine or can creators make whatever they like with no repercussions? It’s the extension of autonomy for machines to carry out decisions with potentially catastrophic consequences which still requires in-depth testing and restrictions set by government entities.

This is not the only example of where AI backfires, recently a bot was accidentally voice activated during a row between a couple and recorded this private conversation and somehow mistook part of the conversation as an instruction to send to a work colleague. Sure, no-one dies in this scenario (except of a little of embarrassment), however once again, a machine made a decision, this time what and with whom to share personal information. The world of AI is still largely ungoverned, whilst the world of personal information governance has finally taken stride, one example is the recent international rollout of GDPR, intended to protect personal data. So what happens when two realms intersect? Is it really fair to ever expect a bot to be able to make a decision on what information is safe and responsible to share? Enforceable rules to govern personal information involving AI must now be addressed at a global level.

So how does AI impact your job? Apart from the handy gadgets like Siri, which waits for confirmation on commands rather than carries out actions on its own accord, let’s not kid ourselves, AI came about so we could delegate jobs we don’t want to do or to pick up the slack where human emotions or energy limitations pose a weakness in execution.

In many cases we are trying to replace humans with machines, some of them even look like us. I think the only real way you can gain from a career in the AI world is to become an engineer working on creating it, or a lawyer trying to control the companies currently enjoying free reign. Of course there are a plethora of bold and ridiculous tech predictions from the past that never came to fruition (I’m still waiting for that microwave from Back to the Future that turns a tiny, coin size pizza into full size pizza). Still, I am not certain that the world labor market is ready for significant automation, let alone some evolved form of augmented intelligence.

Until we can program machines with human logic, humour, irony, ethics, compassion, to operate within the limitations of the law, the ability to identify right from wrong or simply the consequences of actions (essentially humanising them) we run the risk of them overstepping boundaries, the consequences of which could be disastrous. Until the law to govern the decision making and controlling of these machines catches up with the leaps and bounds in technology that has created them, autonomous AI needs to remain right where we can see it – enduring long and stringent phases of testing in a confined, bulletproof incubator with a human finger on the power switch.