It’s time for Africans to tell their own stories 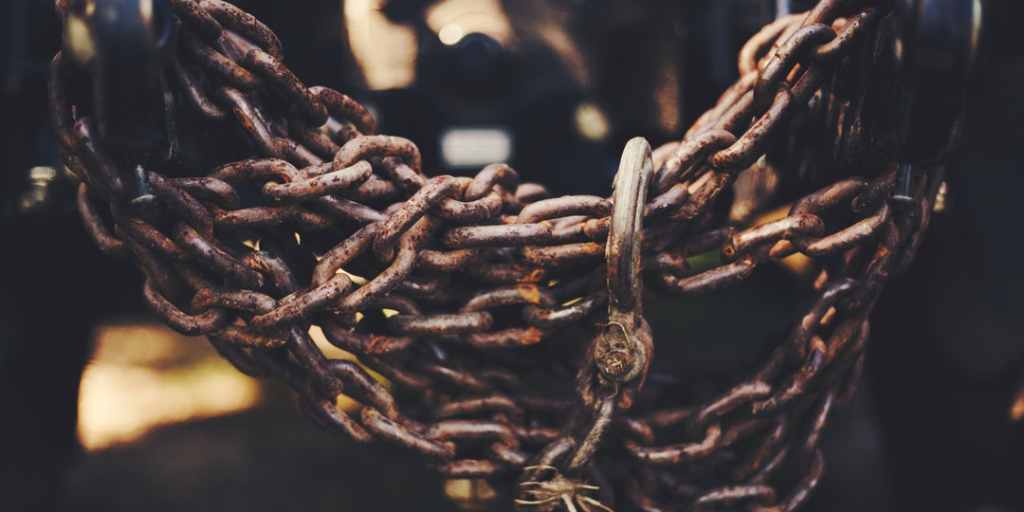 Have you ever read a news report about your country or watched a video coverage, which left you shaking your head and asking yourself if the journalist or reporter was talking about the same country you live in? In July of 2015, CNN tweeteda web story with the caption “President Barack Obama is not just heading to his father’s homeland, but to a hotbed of terror”. Though the headline and lead of the news report were recastto indicate the terror threat was a regional one, the harm had already been done. Kenyans and other Africans called out CNN’s media injustice and negative representation of Africa to the world; triggering the hashtag #SomeoneTellCNN. In the same way, 18 years ago, the May 13th, 2000 issueof the Economist did not only boldly describe Africa on their cover as the “Hopeless Continent,” but the lead article stated: “The new millennium has brought more disaster than hope to Africa. Worse, the few candles of hope are flickering weakly.”

The above examples of western media’s representation of Africa are not isolated incidences. This ‘hopeless’ tag in most Western media outlets has persisted since the era of slavery, the late nineteenth century, during colonialism, and today in 2018. From all indications, the Economist’s prediction 18 years ago has been proven to be inaccurate because Africa has cultivated a budding generation of technologists, coders and entrepreneurs who are rising to solve the continent’s most pressing problems. African inventions in technology, among other fields, have made life easier in local communities and rural areas in particular.

In 2010, a young Cameroonian engineer called Arthur created a digital tablet known as The Cardiopad. The Cardiopad made it possible to perform tests, such as an electrocardiogram (ECG) in far-flung villages bringing high-quality cardiac care to remote and often poorly equipped countryside clinics where many Cameroonians go for their health care. This has changed the lives of Africans. Secondly, the Cell Phone Charging Shoesdeveloped by Anthony Mutua from Kenya has provided alternative power to charging phones. The Anthony Mutua crystal chip generates energy from pressure as users walk or run with the crystal in their shoe.

Using body energy to create electricity is not a new innovation, but being able to harness it for the use of a cell phone (and in such a small device) is pretty revolutionary. There are many success stories like these that have not been reported and which have debunked the Economist’s prediction of Africa being a hopeless continent.

Africa in the Western Media

More often than not the images we see from Africa are typically ones showing poverty, malnourishment, disease-stricken children, failing infrastructure and violent conflict. This portrayal convinces western audiences from the United States, Europe and other parts of the world that Africa is indeed hopeless. Images of happy and healthy children in school, skyscrapers, well-developed road networks and other manifestations of modern development in most African countries are usually absent from their portrayal. Leading to questions like do you guys wear clothes and live in houses? Or do you roam around with lions in the streets?

Yes, these questions are asked even in 2018. Unfortunately, this negative representation ignores the realities and specificities of the social and economic processes that occur on the continent. It ignores the amazing breakthroughs recorded on the continent; the strides made in achieving food security, the positive feedback on quality education, the progress made in information and communications technology, and advancements in health care. It ignores the socio-political and economic success stories emanating from the continent and fails to give a balanced representation of what the realities are on the ground.

The effects this misrepresentation has had on non-Africans is one thing and the effects it has had on Africans is another. The former is easy to decipher- judging from the attitudes of some non-Africans towards foreigners of African descent. These portrayals, which are constantly reinforced in print media, on television, the internet, encourage stereotyping, validation of white privilege, excessive fear of foreigners and immigrants and botched foreign policy interventions. Those who do not see Africans as a threat tend to believe that Africans are incapable of exercising agency. Therefore, promoting sentiments of ‘paternalism’. As for the latter, Africans feel strongly about how they are portrayed by the media, especially those living in North America and Europe.

There is a simple reason why. Africans worry about the perception of their continent and its inhabitants because their future often depends on the opinions of those in whose country they reside. Their jobs and careers often depend on it. Moreover, Many Africans are tired of being underestimated in their workplaces because it is assumed that since they grew up and went to school in poor, war-torn and disease-stricken backward environments, they cannot possibly be smart enough to deliver. They then have to work twice as hard to garner the same respect as their non-African peers.

There Is Always Room for Dialogue

I have had the opportunity to travel severally out of my country to the West for international conferences. During these events, I have had people ask me how someone from where I am from would get to know about the event and if my country had internet. I have also been asked if I am in constant fear for my life and how I handle the violence back home. You see, questions like the ones above usually come from a group of people who genuinely do not know better. They are good people, eager and willing to learn. They just have not had the opportunity to be exposed to the side of Africa that is not shown by the media and the wealth of knowledge and opportunities that come with it.

Their perception and knowledge of where I am from are limited to what the media houses have put out for them to see. It is, therefore, always a pleasure to engage these people and answer all their questions; even those that seem to have obvious answers. Some of the questions would put anyone on the defensive. But I have learned that being defensive only propagates stereotypes and does nothing to educate the public. Positive dialogue has a way of breaking barriers and bringing people together. Especially among us young people who are less conservative and more tolerant. Engaging in positive dialogue keeps the hate and intolerance away. If there is any opportunity to change minds, it is imperative we do so. We need to be the change we want to see.

Let me share with you an interesting story. In June 2015, I was leaving Basel, Switzerland for Antwerpen Belgium and I had to use the train to make this journey. To get to the train station, I had to use one of the shuttles which transported people from the Basel airport to the train station and to do that, I had to pay for the shuttle via one of the machines (What is that thing called? lol) in front of the Basel airport. I had never used one before so I needed help. Thankfully, I met this pretty lady with even prettier daughters from whom I asked for help. Well, it didn’t go as I envisioned. I approached her while holding out a 10 euro note and as I smiled and offered a greeting, she immediately froze, gathered her daughters closer and said she didn’t have any food or money to offer me and she walked to the other side.

I was so shocked I wasn’t even angry. I consciously looked at my outfit to make sure I wasn’t dressed in an offsetting manner and of course, I looked way better than she did. Two Asian ladies who witnessed the event walked up to me, showed me how to use the machine, (What is it called?) got into the shuttle with me, took me all the way to the train station and brushed off the entire incident on the bad weather. It was a lovely sunny day. Maybe this lady didn’t just know better. Maybe her perception of Africans had been skewed by media representations. Maybe she had had a bad personal experience with an African. Maybe she was genuinely afraid or really did think I wanted something from her even though I was holding out a 10 Euro note. Maybe she was downright racist and prejudiced and needed to establish their perceived superiority over me and my kind. Then, maybe, just maybe it was actually the bad weather. Coming from Cameroon, I may never know.

The Question of Responsibility

This leads me to the question of culpability. As Africans, should we call out foreign media houses who share only negative images with the rest of the world or should we call out some of our corrupt governments for mismanagement and embezzlement? We all know Africa is a wealthy continent—rich in natural resources; rich in human resource and bursting with investment opportunities. However, with many African leaders refusing to relinquish power, refusing to put the needs of their people first, images of poverty, suffering, and war-torn communities will continue to be shared. In all honesty, as a development worker and budding writer, I am aware of the fact that news tends to focus on the negative instead of the positive.

Bad news sells. Bad news goes viral. Bad news will be reported more than positive news.  But there is still positive news and the Western media’s insistence on reporting only the negative is a cause for concern. The Boko Haram insurgency in the North of Nigeria has caused a lot of suffering. True. It is wrong to extrapolate the suffering in this area to the rest of the continent. It is an injustice. Not all Africans are fighting or suffering. Millions of Africans have never known hunger or war and lead ordinary peaceful lives. I will then contend that the Western media’s coverage on African issues has outlived its usefulness.  But they have chosen to maintain their representation of Africa as a helpless, poverty-stricken continent despite evidence showing otherwise.

Africans Should Tell Their Own Stories

The goal of this article is not to blame the Western Media’s representation of Africa for Africa’s issues, but rather to shed light on how negative reporting on Africa affects general perceptions. Negative reporting leads to myths and stereotypes which can only be eliminated if Africans take part in telling their own stories and educating the masses about the beautiful continent. Africans must tell their own stories. Africans must share their own experiences. There are many amazing and inspiring stories coming from each and every African country on the continent. We cannot always wait for Western media to give us one hour slots from time to time to tell our stories. We need a global platform from which we can shout out our achievements and tell our stories the way we want them to be told. The West has powerful platforms on the global stage. Al Jazeera has succeeded in giving some Arabs a voice on the global stage. Before the coming of Al Jazeera, their stories were told for them. Africa needs a platform where she can be well represented on the global stage.

Interestingly, when international news outlets do share positive stories from Africa, they limit their audience to Africa. Forbes for example, may share content about Africa on Forbes Africa only. Consequently, international audiences fail to read about the positive and ground-breaking innovations taking place on the continent. It would be great to see an American read about the Cardiopad from the comfort of his home in the same way my mother would read about the latest American innovations in cooking ware from the comfort of her sitting room. But again interest and demand counts. The West has to show interest in positive African stories for them to be shared with them. It’s a catch 22 that only us Africans can break.