The Resistance: How the Democrats can fight Trump 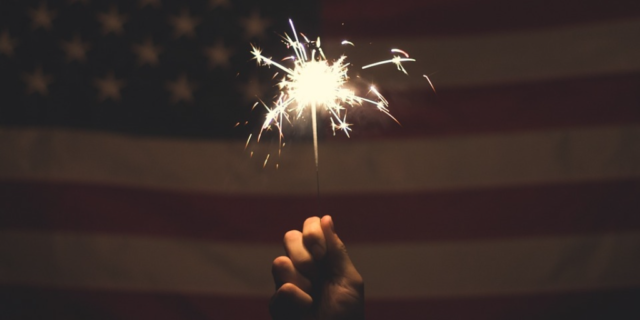 The last week has revealed like a ten-ton sledge hammer to the head that the political outlook is bleak for anyone even remotely progressive. But if we’re going to limit the damage that President-elect Donald Trump’s inflicts on the country, then despair is not an option.

Make no mistake, Trump’s grostesque project is profoundly Puritan, contrary to the perceptions of many who thought he would moderate his ego and infantile madness once he entered office.

Trump is not going to pivot, or suddenly turn empathetic and cerebral, or reveal a thoughtful foresight or warm countenance.  It will in fact be the total opposite.

Even in these first days, the first light of an age of reaction is impossible to miss: Trump has initiated the first steps to dismantle the Affordable Care Act also known as Obama Care, American funding will be cut off to organizations that provide abortion services, he has withdrawn from the controversial Trans-Pacific Partnership; and government scientists are have been gagged and are now prevented from speaking to the press.

And to illustrate how far down the lunatic asylum rabbit hole America is now sinking into, Trump actually signed into life a “National Day of Patriotic Devotion” to commemorate his inauguration, in words more reminiscent of the hellish communist monarchy that is North Korea.

So now the real question, as Democracy Alliance President Gara LaMarche recently asked, “is how you fight intelligently and strategically when every house is burning down.”

The GOP now controls the White House, Senate, House, a Supreme Court pick, and most governorships and state houses.

Needless to say, this shit’s looking grim AS FUCK.

And so with the 70 year old, man-baby, Cheetos-faced, Putin fellating reincarnation of King Joffrey and the GOP in Congress aggressively pushing a militantly right-wing agenda, it is crucial that the Democratic party invest it’s money, talent, and time with laser-like focus — in the present and the future. There are certain key steps the left and moderates can take as the Orange Goblin and his acolytes begin to consolidate his power.

This is naturally easier said than done as the Democratic Party as an institution has proven to be rather pathetic, and for a lack of a better word, extremely weaksauce. It has been deluded, lacked imagination, and been totally bereft of any semblance of a backbone.

So to begin with, Democrats and their allies must recognize that the most significant resistance to Trump won’t take place in the ivory towers of DC. It will actually take place in the streets led by highly motivated activists coming in from the School of the Grass Roots and in communities, city halls and statehouses across the nation.

Small towns, cities and states can form the core of the Resistance against Trump’s insidious agenda. On immigration, for example, a coalition of mayors from across the country — including New York and Los Angeles but also cities throughout the Rust Belt and the South — are already coordinating to fight Trump’s deportation plans. Local Progress, a national network of city and county officials, is working to protect civil rights and advance economic and social justice. And while Trump may ravage the environment, cities and states can also continue the fight against global warming; in particular, California has the potential to become a global leader on the issue, and Democratic Gov. Jerry Brown has defiantly pledged to move forward with plans to slash carbon emissions in the state regardless of Trump’s policies.

To unite the Obama coalition with African-Americans in Charlotte and the blue collar voter in rural Indiana, Democrats need a message of shared values and struggles: immigration reform with assimilation, racial justice along with respect for police, LGBT equality with tolerance for religious dissent.

Secondly, as New York Attorney General Eric Schneiderman writes, “We need a broad commitment from activists and donors to take back state governments.” Even if Democrats don’t miraculously fuck up the midterm elections in two years, they are unlikely to regain control of Congress until after the next round of redistricting, which will be in 2020. Yet there will be 87 state legislative chambers and 36 gubernatorial seats up for grabs in 2018. A strong performance at the state level in 2018 would do more than improve progressives’ ability to combat the Orange Goblin’s policies. It would also help create a stronger pipeline of leaders who could eventually run for higher office. Crucially, it would also give progressive Democrats more influence over congressional redistricting in 2020, boosting the party’s prospects at the national level. For that reason, it’s noteworthy that President Obama is planning to get involved in state legislative elections and redistricting after he leaves office, though grass-roots efforts will remain paramount.

And third, it will be critical for progressive leaders in Washington to amplify local progress to drive a national message. In the absence of a charismatic single party leader — especially one whose success depends on compromising with congressional Republicans — there is more room for strong, populist progressive voices to emerge in opposition to Trump.

Democrats must be the party of the underdog whether they live in Kentucky or Detroit, and they must ditch the celebrities for more speeches from Rev. William Barber and Ohio Sen. Sherrod Brown.

Already, Sens. Bernie Sanders, Vt., Elizabeth Warren, Mass., the aforementioned Sherrod Brown, Ohio, and Jeff Merkley, Ore., are stepping up, and they will be joined in the House by the Congressional Progressive Caucus, whose members will play a key role in recruiting and running progressive candidates, connecting with grass-roots movements and driving local issues into the national sphere. Working alongside activist groups, progressive Democrats can present a clear alternative vision for the nation.

To that end, the race for Democratic National Committee chair presents a significant opportunity to shift the party’s direction. Regardless of who prevails, progressives would be wise to insist on a return to the 50-state strategy that former chairman Howard Dean championed and that all of the current candidates say they support. Ultimately, the party’s fortunes will depend on recruiting a new generation of progressive leaders, especially women and people of color, who can harness the power of social movements and drive it into electoral politics — everywhere in the country, at every level of government.

Democrats should not see tens of millions of American voters as irredeemable and uneducated “deplorable” rednecks, a perception that so many coastal elites are guilty of. They must seek to change their minds. And then bring enough working-class whites and minorities back into the fold to win in every part of the country.

“The trick,” says Adam Gopnik of The New Yorker, is not to dump identity politics but to corral “as many of these interest groups under the same tent as possible, and make it more than the other guy.”

In closing, people in the opposition must quickly set aside their differences and realize, that if they are to save their ideals, they must unify, clarify their goals and strategy, and yank that righteous chain of decency and solidarity, until the Orange Goblin chokes on his own hideous malevolence.