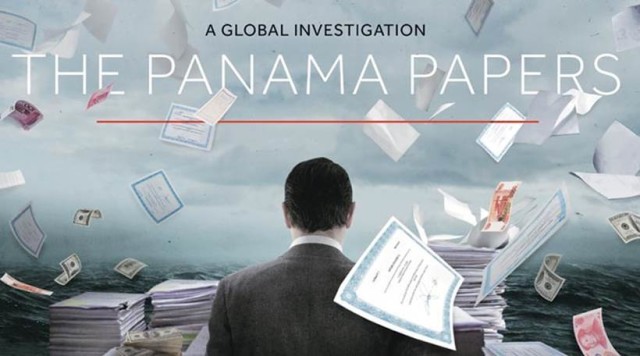 Background on the Panama Papers

The source of the Panama Papers leaks — the largest in history — is apparently an individual who contacted German newspaper Süddeutsche Zeitung over a year ago. Incidentally, the source did not want any kind of compensation as a reward, later saying that it was done to “make these crimes public”.

Amounting to 2.6 terabytes of data, the papers, which go back to the 1970s, were supplied to the newspaper in August 2015 by the source, and subsequently to the U.S.-based International Consortium of Investigative Journalists (ICIJ). The Panama Papers were distributed to and analysed by about 400 journalists at 107 media organizations in more than 80 countries. The first news reports based on the set, along with 149 of the documents themselves, were published on April 3, 2016, and a full list of companies is due to be released in early May 2016.

What is Mossack Fonseca?

The documents are from the internal records of till now virtually unheard of Mossack Fonseca, a law firm located in Panama, with offices in 42 countries. MF has managed in excess of 300,000 shell companies over the years, with the number of active companies having peaked at over 80,000 in 2009.

Around 214,000 companies in 21 offshore jurisdictions appear in the Panama leaks, more than half of which were incorporated in the British Virgin Islands and many others in Panama, the Bahamas, the Seychelles, Niue, and Samoa. Over the years, MF worked with clients in more than 100 countries; most of the corporations were from Hong Kong, Switzerland, the United Kingdom, Luxembourg, Panama, and Cyprus. MF worked with more than 14,000 banks, law firms, incorporators and others to set up companies, foundations, and trusts for these clients.

MF provides these entities with a fake director and shareholders, for an annual fee, thus concealing the true owner and actual beneficiary of the business.

The true potency and strength of these leaks is that they pull the masks off the actual owners of these 214,000 offshore shell companies managed by MF. The long list of names includes many of current and former heads of state and government, as well as hundreds of politicians, business personalities, celebrities and other power players. Many of these individuals have purposely failed to declare their earnings from their shell companies in their annual ss 4 on line tax statements, which obviously means they have not been paying taxes in their country of citizenship or residency. Thus, there are now thousands of MF clients in over 100 countries who are preparing to face the legal consequences of tax evasion.

The scandal has already claimed its first victim. Two days after the initial media coverage of the scandal, the Prime Minister of Iceland, Sigmundur Davíð Gunnlaugsson, resigned.

What are the negative implications for the world?

Furthermore, the Panama Papers reveal that MF’s clients appear to include at least 33 individuals and companies that have their hands dirty in organized crime or have links with terrorist groups. This revelation has now put the spotlight on the increasingly blurry line that once separated white-collar crime such as tax evasion, to far more serious offenses such as mafia enterprises and terrorism. This new paradigm is enabled by shameless and unethical companies like MF, which act as Ninja smoke bombs for wealthy individuals who wish to conceal their wealth under layers of stealth and secrecy.

The leak also reveal the weakness of governments in their lack of ability to control the tide of unregulated, transnational financial practices, which now threatens the durability and stability of the global economy. The sheer scale of offshore capital holdings, which some say amounts to as much as $32 trillion, threatens the economic security of nation states and must be viewed as an existential threat to the ability of states to fund public expenditures though taxation. The political arrangement that led to the creation of the post-war welfare state is today being directly threatened by the inability or unwillingness of governments to monitor the largely unregulated flow of capital to offshore tax havens.

It is now common knowledge that entire countries, including much of southern Europe as well as those in South and Central America, are being crushed under the fiscal pressure caused by ginormous tax evasion and organized crime. Mafia-style groups are today deeply immersed in the worlds of legitimate banking, hence empowering a phenomenon where financial skulduggery is now de rigueur.

The Panama Papers demonstrate that the line that separates legit business dealings from the Darth Vader-esque dark side of global capitalism has started to vanish. It’s high time that spooks like the FBI in conjunction with local law enforcement around the world began perceiving this development as an asymmetrical threat that has the potential to severely damage society as we know it. Action must be taken against offshore tax havens with the same force and agency that was deployed against the safe havens of terrorists in the aftermath of September 11.