Someone decided to turn technology journalism into a gossip charade. Covering CEOs like celebrities, treating each useless update as the biggest breaking news in the world, shoving as much “content” as possible to your feeds, 24/7.

Our world is going through the fourth industrial revolution, one that is changing the foundations of how we think, collect knowledge, vote for our governments, and ultimately shape our humanity.

Yet, most media companies founded in the mid 2000s keep chasing clicks with lazy titles, empty 300 word “articles” or aim to siphon off real analysis for those who can afford to dish out 400 bucks a year.

Mindthis Technology is bringing some justice to one of the most monumental times our humanity has ever seen. Going beyond every smartphone launch (WOW IT HAS NO HEADPHONE JACK), rejecting to report on rumours (OHHHH the iPhone 9 will be BLUE? OMGZ)

Keeping in line with our over arching goal of understanding the world, starting with our selves we have recruited a diverse team of young professionals each with their own unique passion for technology. Over the last few weeks you have been seeing us trial longer more substantive articles that aim to understand the pillars of technology and their significance in our lives. The response has been overwhelming with readers from around the world eagerly waiting for more.

Take a deep dive into whether death is possible in the digital era or how to fight off the rise of white supremacy with digital tools, and understand why technology is inherently biased. With Mindthis Magazine, you’re always going to be provided with real technology journalism that matters to you – the young professional that strives to go beyond click bait gossip and aims to understand the world, starting with yourself.  The role of technology in our lives can be harnessed to help not hinder the growth of humanity – here’s the core technology team that will show you how:

A global budding social entrepreneur whose interest lie at the intersection of technology and gender equality. After completing an MSc in Culture & Society from the London School of Economics,  her research was centred on the relationship between technology and the social self. She spent her final year of study researching iPhones, delving deep into their cultural significance, and the experience of their users. As a Mindthis columnist Valerie works to create digestible and informative content to arm young professionals with insights about the rapidly developing technologies around them. Valerie has held positions in both the public and private sector, in human resources, sales, and operations functions in London England, Ottawa Canada and now in Berlin Germany. 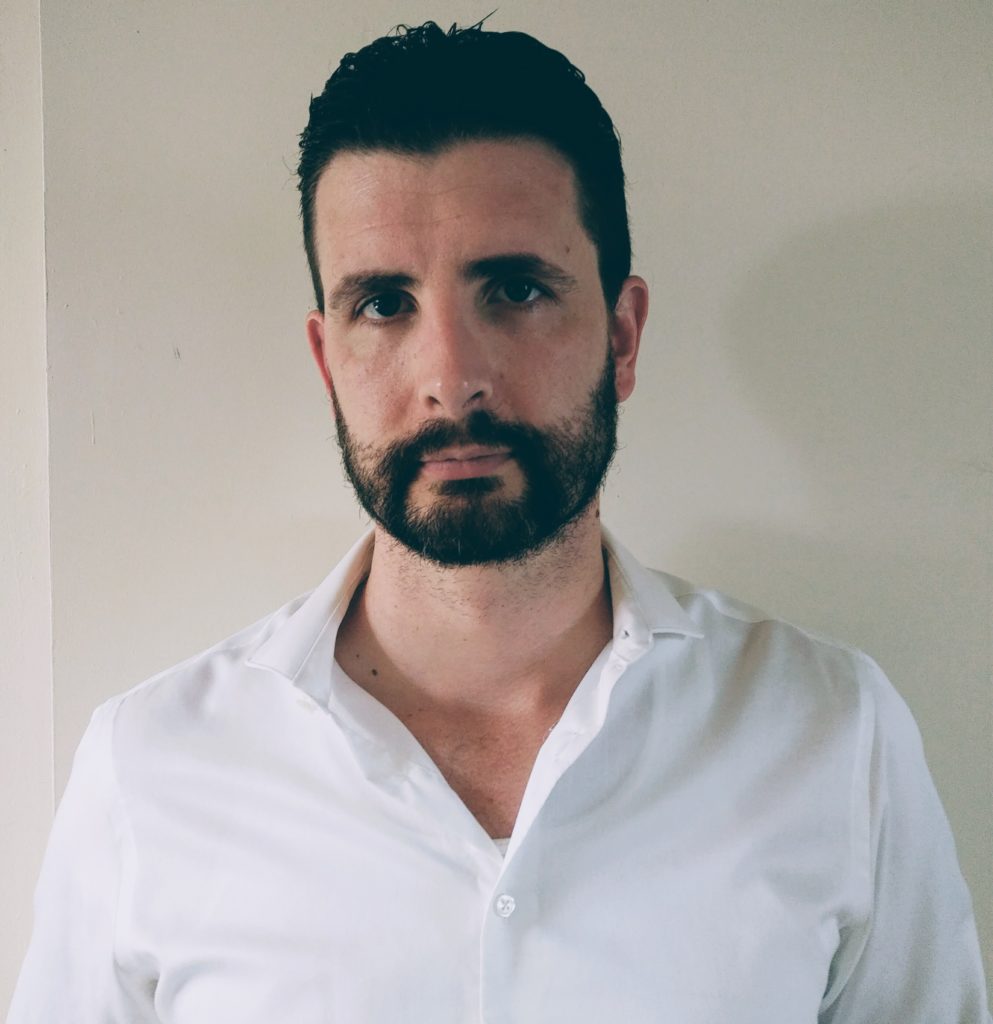 An early-stage millennial from rural southern Ontario. A data scientist by trade, interested in natural language processing, big data, & machine learning. Erik is an analytics fixer working in the healthcare research space. For Mindthis Magazine he will blast through the jargon by crafting bespoke articles on privacy, data protection, and tech policy questions that need answering now.

Based in Los Angelas California, Nida Nizam is the co founder of Impakt a social organization aiming to bring social justice to the world of ecommerce. As an avid consumer and creator of all things culture, she brings her in-depth knowledge on the societal impact technology is gaining over time.

A former White House Young America delegate and current One Young World Ambassador, Nida has an extensive background working for diplomatic and non-profit organizations, youth leadership initiatives, and political campaigns, including a stint as an Organizing Fellow for the Obama Campaign. 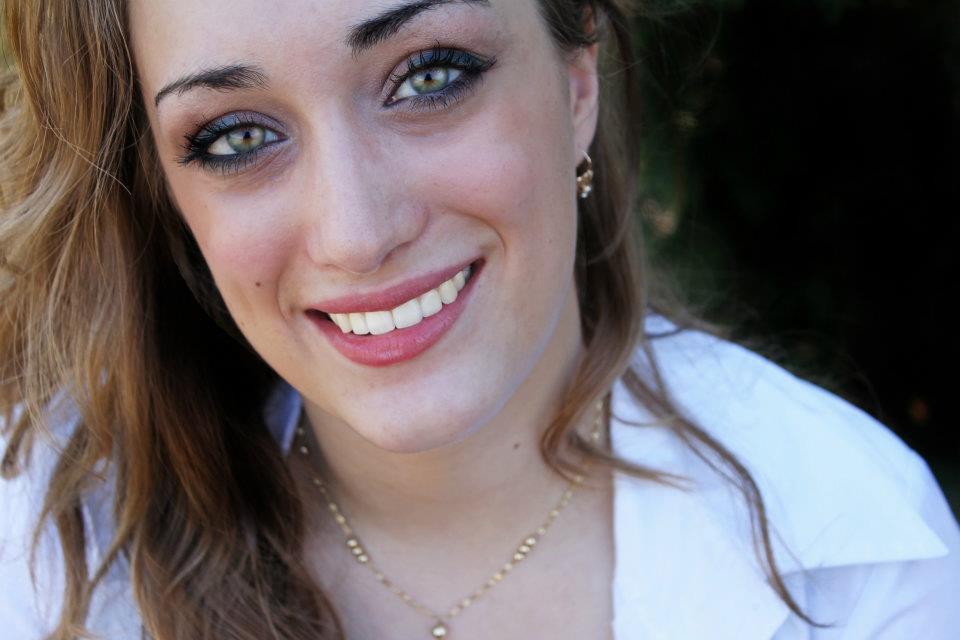 Elizabeth Radtke is based in Paris, France and working for the OECD. She’s a passionate young professional with a zeal for global and international affairs. Always asking the role digital can play in the formation of policy and it’s journey to reality. She is currently also studying International Economic Policy at Sciences Po- Paris School of International Affairs, and as a dual citizen to Greece,

She While working for the Minister of Small Business and Tourism at Canada’s Parliament Hill, She helped develop Canadian policy, liaise with numerous government departments, write speeches and media releases, and manage communication strategies

She was also part of a student leader delegation to Israel and the Palestinian Territories in December 2015. Finally, she was part of the Young Diplomats of Canada delegation to the World Bank and IMF Annual Spring Meetings 2015 in Washington, D.C. Elizabeth has also worked for the UNHCR in Cape Town, South Africa, and has studied at Wuhan University, in China. 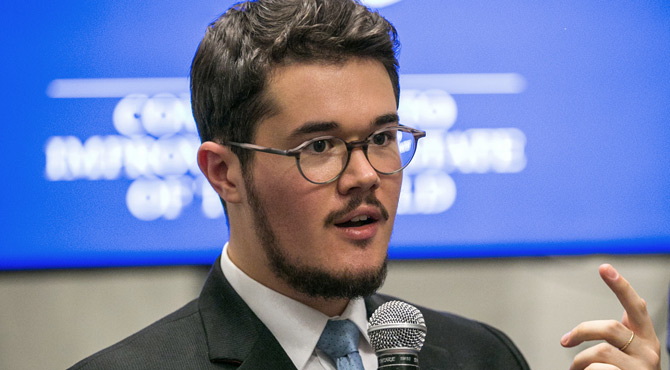 Dr Vyacheslav Polonski is a researcher at the University of Oxford, focusing on complex social networks, collective behaviour and technology adoption. He is the founder and CEO of Avantgarde Analytics, a machine learning startup that harnesses AI & behavioural psychology for the next generation of algorithmic campaigns. In 2017, Vyacheslav completed his PhD studies at the University of Oxford as an ESRC Scholar. Prior to his PhD, Vyacheslav completed an MSc in the Social Sciences of the Internet at the Oxford Internet Institute and a BSc in Management at LSE. Vyacheslav is an active member of the World Economic Forum having participated in multiple conferences as a Global Shaper (2015, 2016, 2017) and member of the WEF Expert Network (2017). His research and commentary have been highlighted in the media, including in The Independent, Forbes, Bloomberg, TechCrunch, Scientific American and The New York Times.

Within the coming months you can expect an uptick on deep diving technology articles that push the boundaries of your mind and reinforce our commitment to helping you understand the world starting with yourself. William and I are drafting out our podcast entitled Mindthis Voice where many episodes will be based on our tech articles and the people that brought them to life. Thanks to the tireless work of William we have our new beta site up and running and you can expect more updates as we fine tune our site on desktop/mobile and as always – for free.

If you’re inspired by our mission and want to join the team simply email us at careers@mindthismagazine.com and our recruitment team will get back you!