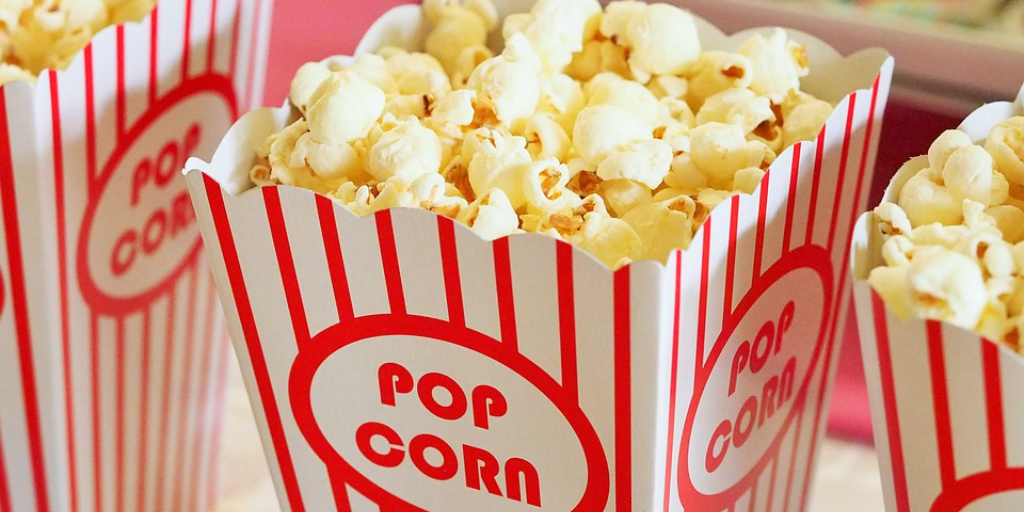 It’s not a new sentiment or a particularly original one, but in the trying times of the year past, it’s one I came to over and over again. Whether the film is a distraction, a balm of relief, an irritant that inflames a spiritual reaction, or in the best cases, an actual bit of healing, cinema has always offered a means of transportation, empathy, and unhindered emotion that we rarely allow ourselves once the lights come back up.

And so with the end of the year is here, it’s now time to definitively celebrate the finest movies that made their way to the multiplex and the art house. No matter their budgets, scale, or subject matter, each of my selections possibly has something to offer the adventurous cinephile, be it shining a light on today’s hot-button issues, reinvigorating traditional genres, or illuminating facets of the infinitely complex human condition.

Full and sad disclosure: I still have not seen some of this year’s releases that by all accounts strong contenders for big awards such as The Disaster Artist, The Post, Hostiles, and Phantom Thread, so you’ll have to wait till next year for a proper reviews.

The year 2016 was an extremely rough one for the growing DC Expanded Universe. Both Batman v Superman: Dawn of Justice (which I  have charitably christened Vomit v Shit) and Suicide Squad are supremely awful movies and have not left the greatest legacy. Fortunately, Patty Jenkins’ Wonder Woman arrived on the scene this year as an incredible force of cinematic resurrection for the franchise. There is no short-selling it: Gal Gadot is absolutely perfect as the protagonist, and truly shines whether she is on the island of Themyscira with the Amazons, or boldly fighting with Chris Pine’s Steve Trevor on the front lines of World War I. Perfectly utilizing its period setting, the film is kind of a mix between Thor and Captain America: The First Avenger, but weaves them together in a way that creates something shockingly fresh and exciting. It will not only live on forever as the first female-fronted superhero movie of the cinematic universe era but could very well wind up changing the entire industry.

A rich and vivid American tapestry, as directed and co-written by Rees, Mudbound nimbly captures the epic impact of class, race and war by homing in on the details of two families thrown together by circumstance in rural Mississippi around World War II. This film has a certain X-Factor, and I believe much of that has to do with somewhat disorienting, but ultimately brilliant plot device that employs multiple narrators. It’s also infused with a gritty Southern Gothic lyricism that gives the narrative a mythic, almost Faulknerian touch. It ratchets to a shattering climax in the second half that actually gave me some kind of weird, movie PTSD.

Mexican-American director Guillermo del Toro creates worlds of wonder—world’s that require the suspension of disbelief. In this whimsical fairy tale—a Beauty and the Beast set in Cold War America—a mute janitor (the delightful and understated Sally Hawkins) falls for an amphibious man (Doug Jones), held captive by the American military. But it’s the director’s holistic vision, powered by old school monster movies, the magical realism of Mexican literature and classic musicals, that turns this into a love story of singular enchantment. Who else but del Toro could pull off a dance number with a sea creature Astaire and his human Rogers? That’s Hollywood magic.

With this, Matt Reeves has made his fourth, unquestionably great movie. His grip on the war movie tone, aided by stunning, almost biblically grand visuals and music by two Michaels, Seresin and Giacchino, firmly establish him as one of the finest directors working within the Hollywood studio system today.

It might even be the first great post-human movie – for more reasons than one. Technically, because it signals the arrival of an era in cinema where human actors could quite possibly be made obsolete, and thematically, because it suggests that human beings are a scourge that needs to be destroyed.

Over the three films that span several decades, the Planet of the Apes reboot series tells an epic story of one creature’s rise, but it is also a Shakespearean tragedy – a cautionary tale that chronicles the slow death of an entire species: Mankind.

Crafted by hundreds of immensely talented people, sculpted around a flawless central performance by Andy Serkis, a maverick and a maven. If this doesn’t get him an Academy Award nomination, then we must rally the troops, and like a bunch of apes, protest till they start firing arrows at our sides, yelling ‘Apes, together, strong,’ till we die.

Blade Runner 2049 was the sequel that dared to dream it might surpass its creator. But I fell head over heels for Denis Villeneuve’s vision of Blade Runner 2049. This film, to me, really exemplifies the power of actually going to a movie theater. It’s a film that demands to be seen on the biggest screen possible, with the best possible sound, that transports you to an unknown world for two and a half hours.

It’s sadly ironic then that the film wasn’t such a box office hit, and a shame too. Every frame of this movie is exquisitely crafted, and this story of loneliness and the longing for connection—human or otherwise—provides a strong emotional throughline in what could’ve been an offputtingly cold affair.

In a world where Netflix, Amazon, and people who think a movie theater is their living room are drawing folks away from theaters in droves, Blade Runner 2049 was a stark reminder of uniqueness of a theatrical experience. Even if not many folks actually did venture out to see this thing, I loved the hell out of it.

Jordan Peele’s smashing directorial debut Get Out blends satire and horror in a tale of race relations gone very bad. Chris (Daniel Kaluuya), visiting the parents of his white girlfriend, expects some tangents of racism to bubble to the surface, despite their seeming warmth towards him and profuse admiration of President Obama. But he can’t put his finger on the weird behavior of the black servants, nor of the black husband of one white socialite.

A terrifying session with his girlfriend’s mother, Missy, a hypnotherapist who offers to treat Chris’ smoking addiction, leads him to suspect that something is definitely not right in this bastion of wealthy liberals — and certainly not once the scalpels come out.

One of the most imaginative films in years, Get Out is an expert tug-of-war between humor and terror.

Christopher Nolan dispenses with the exposition in favor of immersive aesthetics with Dunkirk, a dramatic account of the WWII evacuation of Dunkirk, France’s beaches in 1941. Fractured between three interwoven time frames and perspectives (land, sea and air), and shot almost entirely in 70mm IMAX—which stands as the ideal format in which to see this overwhelmingly experiential work—Nolan’s wartime tale cares little for character detail or contextual background.

Instead, it thrusts viewers into the chaos engulfing a variety of infantrymen, commanders, fighter pilots and civilian boatman, all of whose sacrifice, selfishness, cowardice, and heroism is thrown into sharp relief by Nolan’s grand set pieces.

Through its towering scale, superb staging, and inventive structure, Dunkirk melds the micro and the macro with a formal daring that’s breathtaking, along the way underscoring the unrivaled power of experiencing a truly epic film on a big screen.

What a stunning accomplishment Logan is. After playing Wolverine for two decades, more often than not in subpar films, Hugh Jackman finally got the solo feature he deserved just in time to hang up the claws. Logan proves that Deadpool’s success wasn’t a one-off and the R-rated superhero movie is a viable format, but the more exciting lesson studios should heed is that it proves that audiences are hungry for timely, intelligent stories of heroism that challenge the mind and the spirit. Nothing about Logan goes down easy, it’s a bristly, bitter film just like it’s titular hero, but if you end up with a claw stuck in your throat while digesting this one — well, that’s just about right, isn’t it?

Logan takes the themes of oppressive, hateful violence and bigotry that have always underscored the X-Men films and finally goes deep with them, digging for the roots. At the same time, the film provides an essential arc for our heroes, both Logan and Professor X (Patrick Stewart in a franchise-best performance), long past their glory days when one grand last stand could truly cost them everything. But they’ve got to get the guns out of the valley, and director James Mangold puts the characters up against the consequences that come with a life of violence — even one waged on the side of good — in a farewell that ties up family, duty, and the decisions that make life worth living even when your light is fading.

Touching as it thrilling, tender as it is brutal, Logan is hands down one of the best superhero movies ever made.

Since premiering in Cannes in 2016, Julia Ducournau‘s terrific and artfully sick Raw has quietly gathered momentum to become the breakout art-house horror of 2017, making it one of the most awe-inspiring feature debuts of recent years.

This is a horror movie centered around vegetarians and veterinarians, but fuck, is it so much more. French writer and director Julia Ducournau explores the classic horror trope of cannibalism but also manages to add in a telling narrative that touches on feminism, women’s sexuality, college hazing, and sisterhood. At its core, Raw is a coming-of-age story about the young and innocent Justine. Raised by strict vegan parents, Justine is sent off to a vet university that doubles as a bleak cinder-block hellhole at the start of the movie.

Many great horror films are served rare and bloody; Raw is steak tartare.

The epochal chacteristic of this present age is anger. Everyone right now is pissed off at someone. I haven’t seen a movie that better encapsulates that international feeling of rage better than Three Billboards Outside Ebbing, Missouri. It is a movie about how fury and animosity consumes and destroys, and how the only cure for that anger is empathy, something that’s in short supply these days but Three Billboards clearly has in abundance. The screenplay, by director Martin McDonagh, is a true work of art that somehow balances pitch-black humor, shocking violence, Hitchcockian suspense, and lacerating social commentary, often within a single scene. The story is the cinematic equivalent of a page turner, with one surprising twist after another.

I’m calling it now: Three Billboards will be nominated for Best Original Screenplay, Best Actress, Best Supporting Actor for both Rockwell and Harrelson, Best Director and, yes, Best Picture. It’s simply magnificent, and in my opinion, the best movie I have seen this year.

You didn’t see your favourite movie? Or maybe you already somehow seen all the above? Here are 21 of my honorable mentions (in no particular order). They weren’t 2017’s crème de la crème, but they were worthy diversions.