The Terror of Technology? 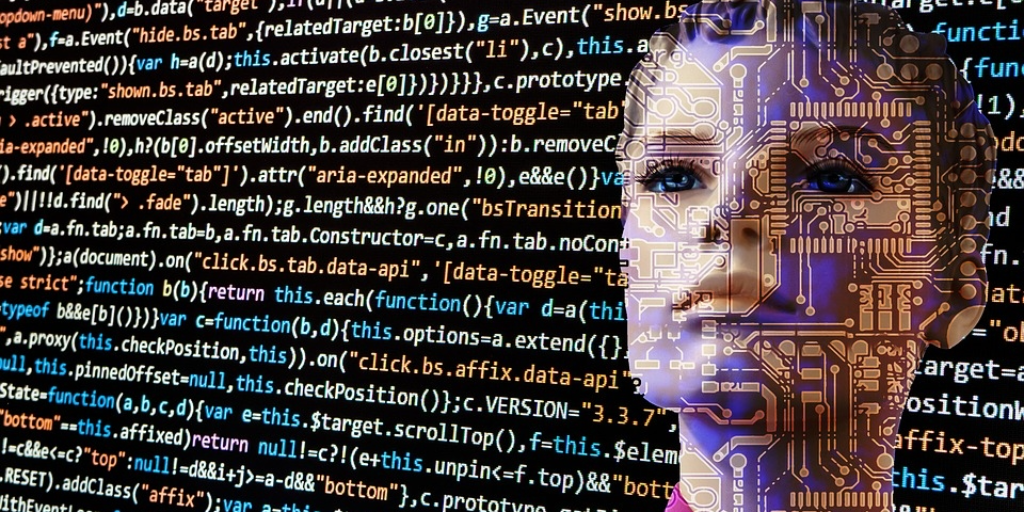 I’ve been once told that there’s no point in buying the latest version of the iPhone since a newer version will come out in 3 months’ time. And while, like many millennials, I am a sucker for new technology, this saying has some truth. The world is changing at a rapid pace, in part, due to the exponential growth of the technology sector, including artificial intelligence (AI).

In divergence with the growth of the tech sector, it appears the public sector is remaining quite stagnant, with dissemination of services and administrative practises plagued in ageing technologies and exorbitant costs of replacements and upgrades. Perhaps then, we should begin a conversation about integrating AI in the public service, to give it the jolt it needs to improve efficiency of delivery and overall effectiveness.

According to the BBC, AI is not about building a robot, but building a system that can think like the human brain. From iPhone’s Siri, to Facebook’s chat function, simple (narrow) AI is already all around us. Narrow AI has been around for years, with the computer deep blue beating the world’s chess champion in 1997. Now, it’s just about harnessing the power of narrow AI to create something much bigger, much more complex; to create a computer system that is a replicate of the human brain, whilst able to its understand nuances in communication. Technologically, AI will have to integrate new systems into its toolkit to reach its full potential, including knowledge engineering, machine learning, machine perception and robotics.  This will allow the system to have access to the abundant information we as humans have unfettered access to, learn without supervision, be capable of using sensory inputs, and handle tasks such as object manipulation.

While the technology of AI is a field of itself, I am more interested in how AI can be integrated into the public service, revolutionizing the whole industry.

Integrating AI into the public service

AI is already pervasive throughout the world’s public service, with Deloitte illuminating that we see such tools used in predicting fraudulent transactions and identifying criminal suspects via facial recognition. However, its power can be used for much more than its current uses. As Deloitte expands, we could use AI to take mundane tasks out of the hands of Government employees, and free time for more valuable work. Concurrently, we could break complex jobs into multiple parts, and get AI machines to complete the more automated sections.

More controversially, we could potentially use AI to replace entire tasks once performed by public service employees. For example, mail services and call centres could become entirely automated. This is the use of AI that, quite frankly, freaks people out. Not only does the thought of having jobs replaced by, effectively, robots, not sit well with the current public service, it could have deep ramifications on the global economy. The Guardian reports that almost 250,000 British public sector workers could lose their jobs to AI machine over the next 15 years.

Yet, the immediate impact on the public service workforce could actually be a good thing. Augmenting Government through the use of AI could save up to $3.3 billion annually in the U.S., freeing up almost 100 million working hours of federal Government workers.  This would alleviate the burden on many workers whilst allowing them to perform more valuable tasks and contribute to what public service is all about: developing public policy that aims to help every day citizens.  This ultimately means that public service could become more efficient in delivery its services to the people it serves.

Government bureaucracy and red tape is something that has plagued both the public perception of the Government, and the inner workings of the public sector for decades. Every new administration that comes to power usually gets elected on platform of reducing Government inefficiencies, and of cutting red tape. However, this election promise can become reality should the world wide public sector embrace the use of AI in service dissemination. Cutting red tape would not only fulfill election promises, but also has the potential to reshape the entire public service. In an age where many millennials are flocking to the private sector, where pay, chances of promotion, and overall innovation are much higher, pursuing a more technologically innovative and effective public sector has the ability to drive millennials to reconsider employments and careers with their Governments.

Before crying wolf that AI will cut millions of jobs and rid hard working families of their livelihood, perhaps we can also argue to take a more integrated approach to using AI in the public service. Specifically, by using the augmenting approach that Deloitte highlights, the public sector will be able to use AI technology to complement human skills. For example, IBM’s Watson for Oncology recommends individual cancer treatments to patients but also refers them to their doctor for full diagnostic advice.  This augmentation method would alleviate the fright of those skeptical of AI, while also vastly improving delivery of public service.

This small but rich nation has been on the forefront of integrating AI into its public sector, with a new initiative called “Conversations as a Platform” to shift towards conversational computing. Announced last year, this tool will use intelligent software programs that stimulate human behaviour. Specifically, by partnering with Microsoft, Singapore will be able to “create a more direct and real-time link between its Government and the public”. Ultimately, the tool will hopefully see these chat-bots respond to personalised questions from users and provide an interactive experience. In 2014, Singapore revealed its bid to become the world’s first Smart Nation, where technology is used to help improve the lives of citizens.

While a nation still arguably stagnated through its political system, it may come as a surprise that China is at the forefront of AI development and dissemination. According to the World Economic Forum, between 2010-2015 China filed more than 8,000 AI patents. However, the majority of AI innovations in China have been in the private sector. With a political system not-yet Westernized, it may be difficult to integrate AI into China’s public service. However, seeing as Accenture Strategy’s analysis shows that AI could boost Chinese productivity by 27% by 2035 (thereby increasing China’s economic growth rate by almost 1.6 percentage points), it seems commonsensical to begin the transition of AI in China from private to public sector. By some estimates, this increase could generate economic output by more than $7,000 billion at the time. However, with a political system still plagued by quasi anti-democratic sentiments, it may difficult to integrate into the public sector. Especially seeing as the Government still supresses forms of social media and communication platforms, it may still be some time before we see China’s AI sector merged into the Government sector.

In February 2017, the European Parliament Legal Affairs Committee released a report on civil laws concerning robots and AI, signalling that the EU is ready to begin a conversation surrounding AI and the public sector. EU Parliament recognized the fast-evolving robotics and AI market and asked the EU Commission to begin to develop policy surrounding regulation of AI. The report also asked the European Commission to consider “creating a European agency for robotics and AI, to supply public authorities with technical, ethical and regulatory expertise.” This would be a huge step in integrating the already powerful AI market into the public sector. A Commission as such could create the necessary bridge between the private and public sector, while also ensuring legislation and regulations are passed in an effective manner.

However, some right wing European parties have stirred controversy amongst others, citing that there will be no possible exogenous negative economic effects on the market with integration of AI. Nonetheless, the resolution passed by 396 votes to 123, signalling that Europe is ready to accept technology’s continued inevitable integration into the public sector.

Can we integrate AI in Canada?

Canada has been at the forefront of the development of AI technology, with academics Geoffrey Hinton and Yoshua Bengio essentially creating the field of deep learning. However, we are seeing more progress on the provincial level, rather than the Federal. The Ontario recently announced Code for Canada, a program intended to bridge the gap between the Government and tech communities. Specifically, the Government of Ontario is hoping to help transform Government services, reduce inefficiencies, and build digital tools that are fast and low-cost.

Federally, the Government of Canada has a huge opportunity to really be at the forefront of AI tech development and integration into the public sector. Especially with tech hubs popping up all over Canada (MaRS Discovery District for example), the talent in Canada is there. The need for collaboration between industries and of drafting legislation becomes even more apparent when considering the current Canadian Government agenda of gender parity in Canadian Government and women in the workforce. With the WEF reporting that women will be even more at risk of losing their jobs should AI affect our current workforce, it should be a priority of the Canadian government to tackle this subject. However, with a public service that is still plagued in old technologies, and with Canadian Government workers who are used to their ‘old ways’, it will certainly be a challenge for the Canadian Government to do so.

While the World Economic Forum’s report mentioned above focused on how women will be affected by AI integration, it also coined an interesting argument surrounding AI and deep learning in civil society: it will create the Fourth Industrial Revolution. It seems only natural that with the progression of technologies, the work force will have to adapt. By the very nature of the rational economic human being, we are apt to gravitate towards efficiency in production. AI will allow us to become more efficient, increase our overall productivity and thus positively impact the economic growth of the market. Progress such as this requires collaboration of the Government to create the most positive experience possible. By integrating AI into the public sector, we will have the ability to create a more efficient public sector, decrease waiting times for consumers, and increase public perception of the Government. The Government also has a role to play in the development of public policy surround AI, and as we see in Europe, the world has already started to do so. AI really can revolutionize the global public sector. Now, it’s about using our own intelligence to stronghold the technology and use it to its fullest advantage.