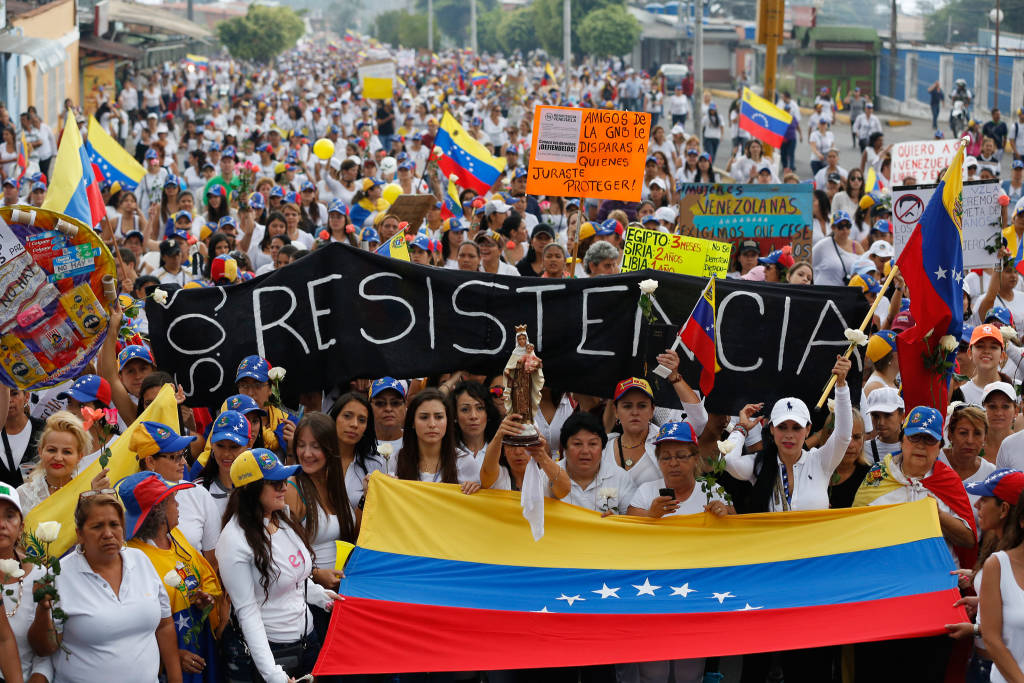 For those who have the privilege of reading Garcia Marquez’s masterpiece “Chronicle of a Death Foretold” in his native language, the narrative would help in the understanding of how Latin American literature has been shaped by regional politics and history. One even might argue is the other way around. We might even think that its literature is just a mere reflection of the intricate political and societal complexity, governed by rules beyond regular citizens’ comprehension. Latin America – just as Gabo’s masterpiece – is a slow, anticipated and yet-totally unexpected series of events that unfolds, usually into an expected tragedy. This is also the case of Venezuela.

Chronicle of a Death Foretold is a reconstruction of a story. A tragic one. Just as the Bolivarian Republic of Venezuela is seeking to reconstruct the mix of pan-American social-democrat discourse that started with a dream: the dream of Simon Bolivar. Simón José Antonio de la Santísima Trinidad Bolívar Palacios Ponte y Blanco, the Spanish creole that helped in the construction of national sovereignty of Venezuela, Bolivia, Colombia, Perú, Ecuador and Panamá. Bolívar is the icon of caudillismo in the South of the American continent: centralizing military power and democratic ideas under the figure of a hero that liberated countries from its colonial legacy. The idea of reconstructing sovereign nations out of shared common beliefs and values.

Having this context, and starting from the beginning of the end, the explanation on how an Hugo Chávez-designed democracy can potentially fail, Chronicle of a Death Foretold, can actually explain what is happening right now in Venezuela with a certain degree of accuracy.

Allow me to elaborate on the Parallelisms:

18 years of the United Socialist Party (PSUV), presided by Hugo Chavez remain just after his death. When President Nicolás Maduro assumed power, the same ideals of pan-Americanism, freedom of colonialists influenced strengthened their political discourse. For 18 years, the regime consolidated into a State-led machinery of Boliviarian rhetoric that utilized public resources – such as oil revenues – to achieve economic equality.  It is hard to miss 18 years of this and not believe the plan behind.

Faustino Santos reported Pablo and Pedro Vicario with the Police

during these 18 years, the opposition, leaded by figures such as Leopoldo López (Voluntad Popular Party) and Henrique Capriles (Copei/Justice First Party), have fought to denounce the political abuses of power and both have even run for the primaries on the Presidential elections. The incarceration of Leopoldo Lopez, would have been a sign when Pablo and Pedro proceed to the milk store and tell Clotilde Armenta about their plans to kill Santiago, making Leopoldo one of most prominent Latin American political prisoners.

Colonel Aponte does nothing after Clotilde’s declarations

prior Clotilde telling Colonel Aponte about Pablo and Pedro’s plan to kill Santiago, Clotilde asked anyone who sees Santiago to warn them about their plans. Colonel Aponte is the analogy of Venezuela leaving major human-rights based and international cooperation-driven organizations such Inter-American Commission of Human Rights (CIDH) and Organization of American States (OAS) Secretary General Luis Almagro, offers his position in exchange of Venezuela holding free vote elections and reforms enactment. A clear sign that something was about to happen.

Everyone tried to warn Santiago

except the girlfriend who was mad at him for his involvement with Angela Vicario, but Santiago skipped the note left on his rug the next morning. Just as international human rights organizations and other national entities have documented systematic human rights abuses and the deterioration of the social tissue, leaving to greater inequality and economic and social constraints. Shortages of medicines, food and supplies have reign Venezuela since 2014. There are some regional actors whose involvement have been late and actually, exacerbated the situation. An example of this are recent President Trump statements about “not ruling out a military option”, which just lead to the initiation of the “civic-military” exercises, including the distribution of weapons to civilians by State actors.

And Santiago was killed

the Supreme Court announced on March 29, 2017 that it will seize power from the opposition-led National Assembly (Legislative). In the meantime the highest inflations rates of more than 1000% have led to extreme economic hardship and political turmoil in the country. In May 2017, for example, elders marched to protest against the harsh economic measures of rations and lack of medicines. They received pepper gas instead. The results of the July 2017 Constitutional Assembly, led to protests that ended in violent clashes and deaths. The opposition declared that the process was fraudulent and full of irregularities. Santiago was warned, but ended up being murdered in his home front door and passed away in his own kitchen.

And what happens to Pedro and Pablo?

well, Pablo gets married and Pedro leaves to the armed forces. And in the meantime in Venezuela, asylum applications have soared, with an estimation of 50,000 asylum applicants for the year 2017.  According to UNHCR, the main destination countries for Venezuelan asylum seekers are: United States, Colombia, Brazil – whose city of Manaus (Roraima state capital)- have declared state of emergency due to the influx of Venezuelans. Other countries such as Peru, Spain and Mexico have also high level of applications. Pedro and Pablo remained unaccountable for their actions.  And three questions remain: who is accountable for Venezuela? And when did the death foretold become invisible to the rest?

And the final and most important, what do we do now?