Mindthis Magazine was born out of angst of being misunderstood. William and I were tired of reading one bad article about “millennials” after another. One week we are stealing all your jobs, the next week we’re the laziest generation humanity has ever seen. We knew our generation needed a magazine that represented their voice, pain, and essence. When I showed William what I had made online as a starting point, he leaned back stretching his arms out as he sighed.  Shaaz, he said carefully, the idea is sound but this website doesn’t match what we are trying to be. Just like typical lazy millennials he taught himself how to code while deep diving into graphic design. Fast forward years later and we have stood toe to toe with mainstream media on a budget of 0 in leading insights into what success means for the 21st century young professional. 175 countries turn to our team of 35 for no nonsense insights that help you understand the world, starting with yourself.

From having industry leading diversity metrics in each of our sections we are ensuring every voice is heard. Just go ahead and turn on any news network, you’re not going to see women of color giving foreign affairs analysis because these mainstream media outlets deem that audience would prefer old white men. Go ahead and open your favorite technology website, you will not see the diversity that our tech team brings to the table. It’s 2019 and yet Will and I still must explain why diversity matters in the media industry.  But we will keep fighting for every one of us to feel empowered to share their concerns and solutions to society’s most vexing problems in Policy, Technology, Fashion, and Lifestyle.

But to achieve this mission our expanding digital footprint is not enough. Nothing will ever replace the touch of a handshake, the power of eye contact, the warmth of a hug.

How two Introverts are ending loneliness in New York 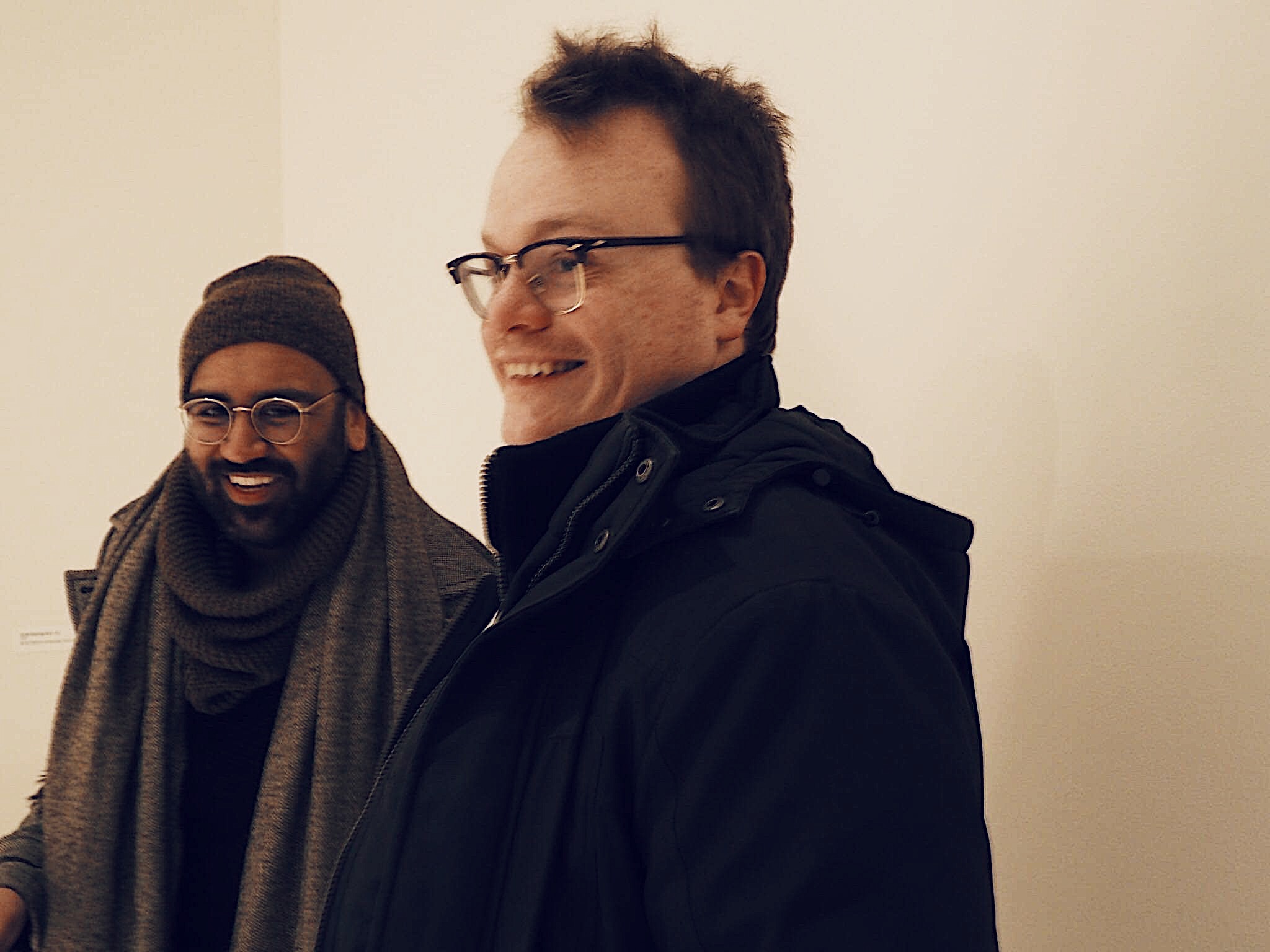 William and I understood the need to push our ethos of equal empowerment to the real world, offline. SEO optimization was not going to help us in ending loneliness in big cities. I moved to New York over two and a half years ago after a enjoying the emerging markets of the United Arab Emirates. Once again, I was faced with the challenge to create a new community of friends that I can learn from. I attended all the usual networking events, brunches, planned social gatherings, and after one month I knew the process of making new friends as adults was deeply flawed.

Either events were too expensive or too large with folks nervously handing out business cards or even worse showing up with their cliques. We have all been to these events leaving more isolated and alone than ever. Does one need to be rich enough to afford dropping 50 dollars every Saturday brunch for friendship? It didn’t have to be this way, I felt we could take the ethos of our magazine and apply it to real life. I know people are lonely in New York despite being surrounded by millions of people. Yet being alone and being lonely are entirely different from each other. There have been countless of articles and studies outlining the cost of being lonely and the challenges of making real friends in adulthood. Mindthis Magazine can tackle these two large issues head on as we already had like minded readers who subscribe to our philosophy in well being.

I have been fortunate enough to be a Global Shaper and initiative of the World Economic Forum, a One Young World Ambassador in three countries, and a trainee for Global Vision, and organization aiming to empower young to experience international trade missions. Why does any of this matter in your quest for friendship? All these organizations forged communities at different levels – all with their own unique advantages and disadvantages. We did not need to reinvent the wheel just see what was working out there, adapt it, and launch. Mindthis Magazine has brought together the best elements of each major world community for young professionals to build something as unique as the people it seeks to serve.

Can’t raise $7000 to attend One Young World? Perhaps you’re over the arbitrary age limit of Global Shapers? Mindthis Magazine is here for you with our decentralized youth empowered initiative: The Cool Cats of New York. No monthly fees, no loud bar events, no more feeling othered. We are the misfits, we are the ones yearning for a true bond with people who want to make new friends, debate new ideas, and uncontrollably laugh. We know the name Cool Cats of New York sounds ridiculous, like a membership program for PetSmart.  Based on what we wanted the community to be the Aristocrats are the antithesis of what we wanted to be. Closed off, stuffy, elite and out of touch with everyday realities. Cool cats are for the people who don’t believe their social lives end when they get a boyfriend or when they get married or have a child. These milestones are meant to only push us to form stronger bonds and dig deeper into who we are as a human.

The Cool Cat Beta is complete

Within 3 months we were able to build a community of 40 people in New York that was fostering true friendships that will last a lifetime. Strangers new to the city could just show up to one of our events pushed via our Facebook page and what’s app group and meet open minded people who were interested in bonding.  By month 6 we were pushing 80 at which I decided to stop aggressively expanding and organically let new potential friends find us. Today, we’re a self sustaining decentralized community of 160, some members have found true love, while others have found their best friends, and above all else, people finding themselves in this wild ruthless city.

The whole community is free, just like our magazine. I have paid top dollar for competing communities and walked out confused and feeling I just met a bunch of self gratifying douchebags trust fund kids that would backstab each other the second either of them would lose their “status”. Intense? Good. Welcome to the movement of radical honesty and genuine bonding.

Down the line Mindthis Magazine will be creating bespoke experiences for Cool Cat members that will be ticketed. These experiences will derive from our policy section fostering honest policy talks aiming to throw out the political correctness that stifles our society. The money raised will be used to fund a Mindthis Experience summit hosting over 1000 people from around the world in an effort to redefine what success means for the 21st century young professional.

What makes this community different, besides being free? We stuck to our mission and values for the magazine and derived a set of simple principles:

How do I join?

220 people later, in February 2nd 2019 we have our launch experience that ends our beta mode and begins a series of deep dives into various issues our generation faces.

Do you want to host a workshop on your passion? Maybe simply get coffee with people who want to talk about foreign affairs in Venezuela? Perhaps eager to explore Queens like Anthony Bourdain did? With our magazine we are redefine what success means for youth and now with our community, the rules on friendship. The power is in your hands to build your community of friends, on your terms. If you’re living in New York and are open to new experiences, join us in ending loneliness.