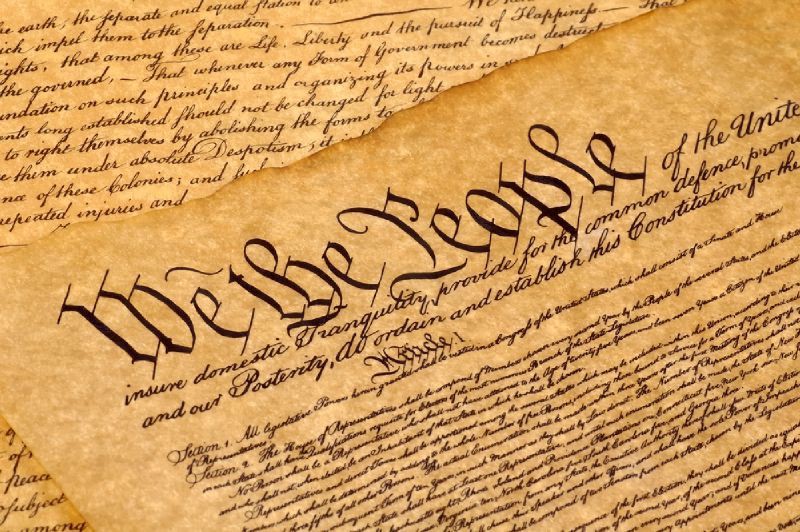 In referencing the longevity of the US constitution, many of its proponents argue that the very nature of the document is what leads to its supposed success.  The duality of flexible wording combined with clear checks and balances on the exercising of power create a robust platform to build a state upon, or so the argument goes.  Unfortunately, this ‘robust platform’ is waning in terms of its international significance.  The US constitution is no longer the model for the world that it once may have been; several studies have shown that other constitutions are taking precedence over the US model when new states look to create constitutions or when existing constitutions are edited.  Arguably this is because the American constitutional framework is no the guarantor of democratic longevity that it is perceived to be.  Frequently in cases where it is used as a model for the constitutional order of a state, civil society has tended to degrade into authoritarianism and dictatorship.  Indeed, even the US itself is on shaky ground, with current political forces testing the limits of the constitution’s ability to bend.

Recent studies that compare constitutions across countries have found that the influence of the constitution of the United States has faded significantly.  New countries are no longer looking to model their constitutional frameworks off of the American model and existing constitutions are increasingly dissimilar from the US document.  Constitutions from nations such as Canada, South Africa, and India are increasingly taking the place of the US constitution as models for the world.  A significant factor in this shift away from American-style constitutions is the vagueness inherent in the US constitution.  At just under 8000 words – including amendments – it is on the shorter side of global constitution lengths and often leaves much to be interpreted.  The continual issue of interpreting the Second Amendment is testament to this vagueness.  Similarly, the failure to include an explicit bill or rights within the text is an oversight that modern constitution writers would be loath to make. This imprecision is often bemoaned by legal experts and politicians alike, leading to over-reliance on interpretation within the court system and resentment from people of all political stripes at various rulings and decisions.  This lack of clarity in the text of the constitution, while problematic, is not the principal issue with the document however.

The most significant flaw within the constitutional framework of the United States is the creation of an exceptionally strong presidency.  The fusing of executive power in one individual in the person of the President instead of creating a separate head of state and head of government is one of the key structural problems for both countries that have modelled themselves on it and even the United States itself.  The fundamental problem with the fused executive is the concentration of power in one office and the ability of people who occupy that office to exploit that authority and power to drive policy.  In benign cases this merely results in policy directives being handed down by the executive to the legislature, in the worst cases it manifests as the executive usurping all authority and control from the other branches of government and a slide into despotism.  While checks and balances against the executive can slow or hinder any abuse of authority, they can only achieve so much.  A determined executive with the fused power of state and government can circumvent most other branches of government and slowly erode any significant checks on their authority.  This penchant for tyranny is what has doomed American-style presidentialism and the US constitutional model internationally and it is what is damaging American democracy today.

Until fairly recently the American constitution was a strong export of the United States.  Many countries have modelled their constitutions and political systems after those of the United States, particularly in the period immediately following its adoption in its homeland and particularly in the region to its homeland’s south.  South America frequently looked to the United States for inspiration in writing constitutions and setting up republics both in the early years of independence and down through the decades.  Many South American nations adopted provisions, clauses, text, and structures similar to those of the United States and they were frequently rewarded with instability and democratic backsliding.  The caudilloculture that characterised the fight for independence of many South American nations set unfortunate precedents that made it easier for Presidents within the new republics to usurp authority and exploit constitutional provisions to extend their power.  With very few exceptions, Latin American nations that have adopted US-style systems have at some point in their history descended into authoritarianism and despotism.  This has been spurred largely from the extreme power that the institution of a fused executive can give and the ability for such an institution to exert its supremacy over both the legislature and the courts.

This trend is not isolated to the Americas; around the world, countries with fused executives tend more frequently towards authoritarianism.  In several different measures of democracy or democratic values, states with fused executives consistently have lower scores on average than states with split executives.  This is not to say that fused executives cause democratic backsliding – such a statement would be too strong.  The problem is the inherent concentration of power within a fused executive and the opportunity this presents for abuse.  Globally this manifests most frequently as the hamstringing of national parliaments – in cases of democratic backsliding, fused executives frequently subvert the parliament that is ostensibly to provide a check to their power. In these cases, parliaments frequently become subservient to the president and act as a ‘rubber stamp’ on policies that the executive wishes to implement – providing a simulacrum of legislative supervision.  The effect is at its most pernicious when it provides legitimate cover for the consolidation power within the executive.  In cases of particularly vague or unclear constitutions this power accumulation by the executive can be presented as a legitimate exercising of presidential authority, making it supremely difficult for opposition parties and activists to challenge the regime.  While the dangers of a fused executive system plague the rest of the world quite clearly, the US is not as immune to its effects as it likes to think.

The United States is often perceived to be insulated from the problems experienced by these other nations through some combination of superior democratic values and American exceptionalism.  This is only partly true, insofar as the US has never experienced serious democratic backsliding.  The reasons for this have less to do with the qualities of the American system than pure luck, and even so it seems like the luck is starting to run out.

While the US has been immune to the descent into dictatorship that fused executives lend themselves to, it has not been free from the incremental increase of presidential power.  Most of modern American political history is characterised by the battle between congress and what is frequently termed the ‘imperial’ presidency.  This conflict has its roots in the inherent nature of the fused executive embodied in the US President.  The power of the presidency and the Executive Office of the President have steadily increased over the decades to the point that recent presidents have been able to effectively ignore an uncooperative congress and rule by fiat. While the conflict itself has ebbed and flowed, with congress winning a notable victory with the imposition of term limits on the President, the slow accumulation of presidential power has continued.  Presidents Bush the Younger and Obama both exploited the ability of the President to issue executive orders to enact policy and the President’s role as Commander in Chief to orchestrate armed interventions and operations without congressional approval.  The ability of these presidents to circumvent congressional authority and bypass the legislative branch severely impacted the ability of that branch to provide its needed check to executive power.  The real consequences of this are only now being felt with the near exclusive use of executive orders by the Trump administration to direct policy.  The ability of this president to govern by edict illuminates the fundamental reason for why the United States has avoided the backsliding experienced by other countries: no one seriously tried.

The United States avoided the immediate failures experienced by its southern neighbours largely due to the fortunate personality of its first president.  The republican virtues expressed and acted upon by George Washington set a standard for future presidents to adhere to, constraining their actions through an understanding of what was acceptable, and what was not. This system was not perfect, there were frequent cases of executive overreach and presidents frequently consolidated power at every opportunity they were afforded.  The difference is that concerted and rapid efforts at pushing for the consolidation of authoritarian powers were avoided.  This soft institutional constraint is what has sustained the American constitution for 231 years and kept the office of the President largely in check.  This has significantly changed now.

The current occupant of the White House enjoys exercising power and authority and seeks to do so as frequently as possible – the use of executive orders being the usual manifestation of this.  While the United States is unlikely to be descending into dictatorship, the current president is undoubtedly a haphazard tyrant and his predilection for exercising power is fueled by the amount of power that the presidency has amassed.  No one could conceivably argue that the current administration is mounting a methodical effort to usurp the legitimate authority of the other branches of government and turn the American republic into a dictatorship, but that makes the recent issues all the more troubling.  If the American system and a fused executive permit the undermining of so many democratic norms and institutions, if the President can exercise so much authority and circumvent so many democratic checks without even trying, what could a determined despot achieve?  Given the extent of executive authority and the concentration of that authority in one person, it is uncertain that the constitution would survive a coordinated and intelligent push towards autocracy.

As the oldest democratic constitution gains another year this month, it is important to remember the real reasons for why it has endured.  It is not due to any inherent qualities within its text – indeed the political system it established is stacked against its continued existence – but rather due to the good fortune the republic has experienced in the predispositions of its leaders.  A fused executive lends itself to the slide towards authoritarianism and the American constitution has few robust guards against this slide, as the acquisition of presidential power over the centuries has shown.  The US republic has endured because of norms and expectations placed by history and the public upon the presidents of the nation and the strength of those safeguards are now being tested.  Acknowledging this is important for the continuation of American democracy, now and far into the future.  Failure to recognise the cracks means a failure to anticipate the potential collapse. Thomas Jefferson thought that a republic should renew its constitution with each generation; his own republic has fervently disagreed with him.  Given this disagreement, the least his heirs can do is acknowledge the problems inherent in a document written over two centuries ago.  Blind faith in American constitutionalism must be tempered with a realistic understanding of these flaws.