Yaoundé Magic: Our gems are in Human form

Yaounde! When I think of Ongolo-Ewondo  (which means the Ewondos’ enclosure), or Ngola’ or ‘Capital’, as she is fondly called by Cameroonians at home and abroad, I think of magic. Yes, magic. Simply because everyone who lives in this crazy city is a magician. Yaounde is the city of seven hills; she is the Capital of Cameroon and also the second largest city after Douala. When you drive around Yaoundé, you hear different languages. The Ewondo language which is the language of the Ewondo people; who are the main ethnic group in this area, you hear French, English, Pidgin, many other local languages and of course Camfranc-anglais (Franc-anglais). This article is about the magicians who live in this beautiful city and the great work they do.  But before I do, let me show you how unique our Franc-anglais is.

Franc-anglais! This language, I can assure you is unique only to Cameroon.  This is a language consisting of a macaronic mixture of Cameroonian French, Cameroonian Englishand Cameroonian Pidgin English.The language is common among young people in the country and is most popular in the high-density urban centres where English Speakers and French Speakers meet.For example, instead of saying I go to school (in English) or je vais à l’école (in French), in Franc-Anglais you say ‘Je go au school.’ Another interesting example is ‘Je go Chop’; which is a combination of ‘jevais manger (French), I am going to eat (English) and I di go Chop(Pidgin). So basically you just merge French, English and sometimes Pidgin words together to get Franca-anglais. Alas! I am not here to talk about how amazing our languages are or how cool our culture is lol. I want to talk about the people. The people of this wonderful city. Every Random Solutioneur Creates Impact

Yaoundé is a metropolitan city. People from all over Cameroon live here. Being the administrative hub of the country, there are also many foreigners here- making an interesting combination of flavours and cultures. The most interesting group, however, is made up of the young people. They are strong, resilient and oh well, very stubborn. They are also trail blazers and continue to beat the odds no matter how hard the socio-political and economic situation of the country is.  That is why it is always amusing to me, when young people are told they are the leaders of tomorrow. Cameroonian youth are ‘solutioneursrs’. They have found innovative ways to bypass all the hard curve balls being a young person in Cameroon throws at you and they almost always emerge successful. Youths are leaders of today and tomorrow and as a matter of fact, I know young people who are doing the job of ten leaders NOW. Whether in the health sector, in entrepreneurship and business, or in civil society and development work. Achaleke Christian Leke is one of those young people. 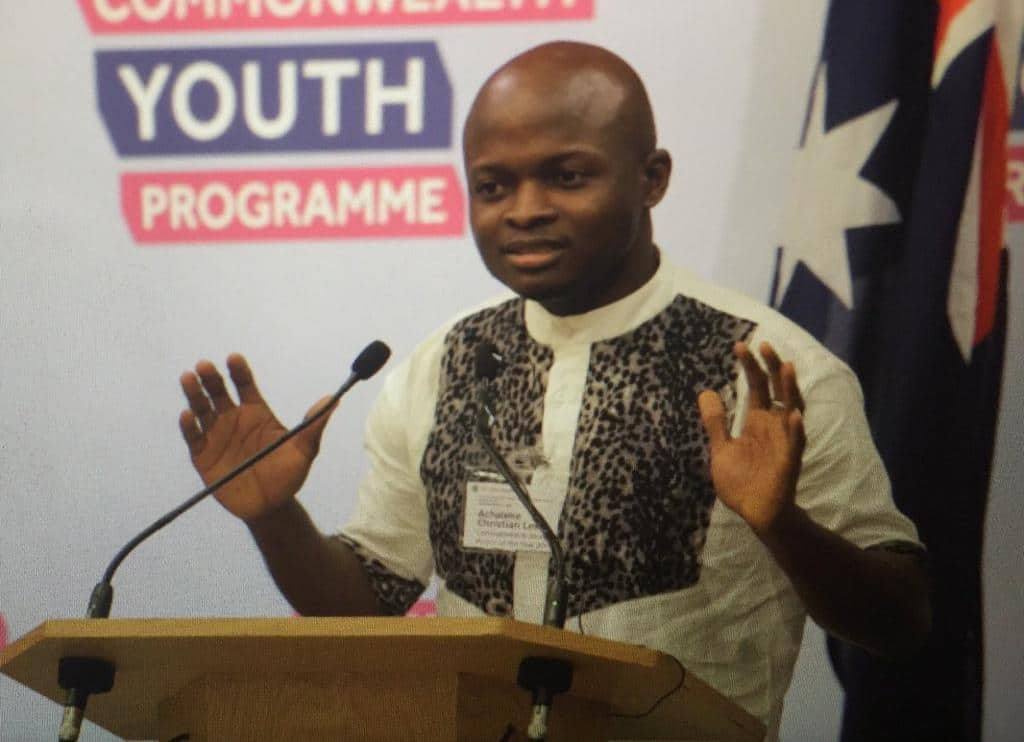 Christian is 28 years old and bald. He, and many people around him can’t seem to get over that fact. He is smart, he in enterprising and like many English Speaking Cameroonians, he moved to Yaoundé from Kumba- Fiango (in the English-Speaking part of the country) to be the blessing that he is to millions of Cameroonians. He has won several awards: Luxemburg Peace Price, Commonwealth Young Person of the Year, Commonwealth Africa Young Person of the Year, Queen’s Young Leaders Award and many more. His titles are many too. But what is most important is who he is to the common man and how he is positively changing the lives of those in his community and in Cameroon in general.

Second Chances Come In The Most Unusual Packagess

When you think about peace building, peace consolidation, preventing youth radicalisation and countering violence and violent extremism, Christian is your man. With over 10 years of experience, Christian has consistently debunked the myth that young people cannot provide solutions. In Cameroon, we have been told over and over that young people are perpetrators of violence and violent extremism. Christian is proof that, young people are also the key to countering it.  As a development worker and peace activist myself, working with Christian and shadowing his work has been a tremendous exhilarating experience. Being age mates, I have always wondered how he successfully manages situations without losing his mind like I do more often than not. Being the leader that he is, he does and that is why he is an effective negotiator, mediator and peace builder.

In 2017, as the National Coordinator of Local Youth Corner, Cameroon, Christian designed the Creative Skills for Peace Projectalso known as the #CS4Peace Project.  This project seeks to develop entrepreneurial, leadership and peace building skills among youth with a history of violence and is currently being implemented in 8 prison and corrections facilities across six regions of Cameroon.  The project is aimed at arming violent offenders with alternatives to violence through bankable skills such as greenhouse farming, poultry farming, jewellery making, fashion design and tailoring, music, serigraphy and soap making among others. His vision is to empower them, facilitate their rehabilitation and reintegration into society and also to prevent recidivism, counter youth radicalization and violent extremism in Cameroon. Heavily influenced by a peace building and counter violent extremism models, the CS4Peace project is initiating a wind of change among the inmates, transforming the violent offenders into leaders and agents of peace among their peers.

#Prisonpreneurs have been created! Over 300 violent offenders are direct beneficiaries of this program and the testimonies are mind blowing. Thousands more are watching in awe, waiting for their turn. With this programme, the probability of recidivism is very low. Reintegration into society will be easier and more importantly, a chain of peace builders have been created. As Christian always says, providing alternatives to violence is a major step towards countering violence and violent extremism.

You need a special kind of leadership skill to pull this off. That is, identifying the right team members who understand your vision and can follow you on this journey. It means having the right communication skills to communicate your vision, having the patience and determination to see it through, and finally, mentoring new leaders in the process.

P.S. If you visit Yaoundé, try the Baton de Manioc and roasted fish.